The Pear's National Capital, as it is called the city of Allen for being the main producer of this fruit, comparing the cultivated area under the extension of its territory, celebrates every year in January the National Pear Festival. 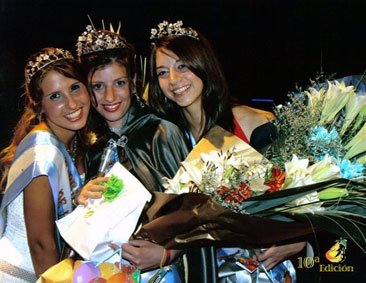 No popular party is so without its queen, who represents the region in the country.

It is created an atmosphere steeped in color and dynamism in which exhibitors and advertisers display their best proposals, regional and national musicians delight with their art to thousands of visitors, and guests and aspiring queens to the scepter give their beauty. Everything creates a feast for recreation and enjoyment of all ages.

This festival has as its main objectives:

A little of history

The city of Allen, the scene of this National Festival, is located 1197 kilometers from the federal capital, amid the Upper Valley of Negro River, which produces 70% of domestic production of pears. 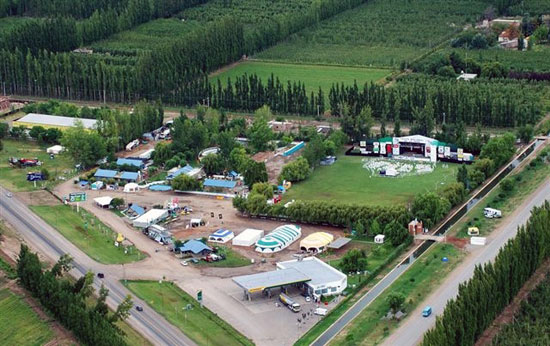 
The concern of some neighbors and the desire to make grow the city prompted the birth of the Provincial Pear Festival in 1997, when it was declared of municipal interest by the City Council (Ordinance 039/97). Its main objective was to make the Feast a tool for the resurgence of the city.

But the road continued until it was recognized as a national feast. That's how it was formed by resolution 0392/98 the Executive Committee of the Festival, responsible for organizing, coordinating and specifying the first National Pear Festival which finally took place between January 21 and 24, 1999.

What were the foundations for a celebration of the pear? As its promoters explained because

"Allen is the world's leading producer of pears, comparing the cultivated area under the extension of its productive area; because the Secretary of Fruit of the province is in Allen; because its strategic location in the Upper Valley of Río Negro and Neuquén, and because "Allen deserves it."

The 13th edition of the festival took place from January 21 to 23, this time under the umbrella of the Chamber of Fruit Growers in the city.

Called "2011 Tribute to the Pear" and under the slogan "more production, with more producers, work and food for all", the festival's main objective was to promote and disseminate the work of small and medium producers.

Among the activities planned for this year were the packers contest, the rescue of stories of farming families, the "Seed of Queens" which attracted to girls between 8 and 12 years to be formed to be the future representatives of the city, besides traditional stands of gastronomy and handicrafts.

The national artists chosen for this edition were: Los Guasones, Cacho Castaña, Alcalá, El Bahiano and Ariel Pucheta (ex vocalist of the cumbia group "Ráfaga"). There were also participating regional and national artists.

Municipal Museum of Allen: a place to be visited Municipal Museum of Allen is one of the required places in the visit to the city as it is a site of important historical and cultural content of the city.
Flying Club of Allen Baptism flights, courses, short-haul flights and much more can be enjoyed at the Flying Club of Allen.
Tour of the Valley of Cicling in Allen Each November the City of Allen does one of the most important cycling test in the Upper Valley of Negro River. This is the Tour of the Valley, a competition that calls for hundreds of runners across the country.
Bubalcó, the valley's zoo 1Bubalcó is a project dedicated to the breeding and exhibition of species of native and exotic wildlife in the valley of Negro River. It is an area of ​​34 hectares located on the island 19 near the city of Allen.
See all Articles