Among the activities that can be performed in the city of Centenario it may be mentioned the Historical-Cultural Circuit in which you can take a tour of the city's history through its historic buildings and monuments, which account for the development and growth of the same with the passing of the years. 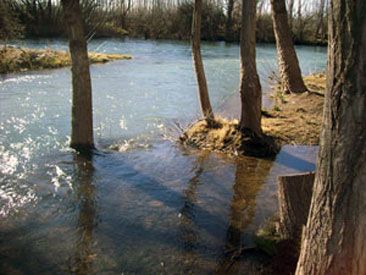 Neuquén River is one of those which border the town.

It also has a Municipal and Historical Archive Museum, which opened in 1990. It contains furnishings, machinery, photographs and documents of the old settlers. The same is located on the corner of Don Bosco and Islas Malvinas streets, where the first school in the city worked, school N° 9, founded in 1939. The museum offers a tour of its three rooms where you can glimpse the history of the town and its inhabitants.

You can also visit the Jorge Fonseca Popular Library, named after a student originally from Centenario disappeared in 1978 during the military dictatorship.

On the other hand, it is the possibility of doing the Productive Circuit in order to make known how the production process of the city is. To do this you go through a series of establishments, which are farms and packing sheds that offer guided tours for small groups by the orchards and packing and fridge facilities.

Other attractions that are currently offered in the city are the viewpoint of Productive Valley and the municipal spa. The first is 7 km from Neuquén capital city on the right of Provincial Route 7. It is a natural setting formed from the erosion caused by strong winds and the strong temperature variation from winter to summer, which gives a completely irregular shape.

An attractive feature of this place is the native flora belonging to the steppe that develops mainly in the area of ​​fencing. Among them one can mention the jarillas, alpataco, broom, sedge, gobbles and copies of thyme.

The view is obtained within a radius covering 360 degrees, presenting two different environments, an area of ​​fences in the rear, and the area which gives the main attraction, the fertile valley of Centenario, as well as the border city of Cinco Saltos (in Río Negro province).

The Municipal Spa, is going by Provincial Route 7, on way to Cinco Saltos, on the left bank of the neighborhood of Villa Obrera. There are grills, gazebo, restrooms, a house deposit and camp sites.