The capital of Chubut invites residents and visitors to travel to different points of interest that characterize it, including from sites with historical and cultural content, beaches and even a zoo.

The first item on our itinerary is the port of Rawson, a typical postcard of this capital city, which combines the water with fishing barges to form an attractive picture that no tourist can miss. In addition, in it you can not only delight the eye but also smell the aroma of traditional foods, and taste through tasty paellas and casseroles. 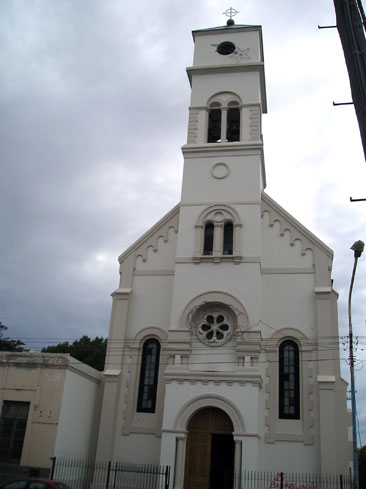 Another attraction of the port are the sea lions that usually accompany the boats arriving to the pier, located 7 km from the historic center of the city at the mouth of the Chubut River in the Atlantic Ocean. And also the Commerson's dolphins, one of the smaller species of dolphins in the world that you can see from the port.

As for beaches, the town has the most popular beach that is Playa Unión and also the option to visit Magagna beach, located 12 kilometers from Rawson. It is a complex of four beaches: Bonita, El Faro, Cangrejales Norte and Cangrejales Sur, all south of the mouth of the Chubut River. The most widespread activity at the site is "pulping", i.e., the extraction or fishing of octopuses.

It is the ideal site for watching the Magellanic penguins between September and April, thus they choose this instead of the Argentine Patagonian coast to reproduce and extend the species. It is just over 100 kilometers from the city of Rawson taking National Route 25 and immediately Provincial Route 1.

Whoever approaches this natural paradise will enjoy a unique show impossible to find in another place of the continent. That is because for seven months you can observe how the colony of Magellanic penguins develope their normal lives under the gaze of countless tourists who arrive to Punta Tombo. 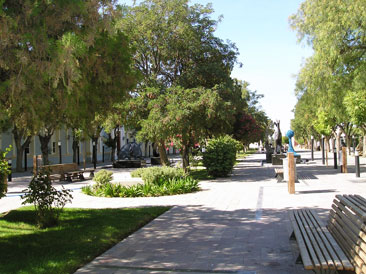 The boulevards of the capital cubutense are a peculiar feature that beautify the city.

A cultural reservoir in all its expressions. This space located on the boulevard of Avenida Galina, was founded in 1976 and has in its building a multipurpose room where they have developed the most diverse artistic and cultural activities.

It invites you to enjoy yourself with exhibitions of magnificent works of regional and national artists, art events, music festivals, plays, films, and everything that can be an enjoyable cultural show in an enclosed space.

This museum tells the story of the town from the solitude of the indigenous communities, and the subsequent arrival of Welsh immigrants, until today. The same is found in Don Bosco Street 248, below the Chapel.

The building, opened in 1941, has a room divided into eight sections, and tries to keep alive the memory of the missionary order by which it is named. The tour begins at the beginning, exposing in the central hall objects belonging to the tehuelches and mapuches that dominated the area before the Spanish conquest. Then you can appreciate testimonials from the arrival of the settlers, the founding of the port of San Jose and the Fort subsequently destroyed by an Indian attack.

You can also find fossils, flora and fauna specimens embalmed, objects that accompanied the local urban development, religious images, a large collection of coins, banknotes and medals, and rocks of Patagonia.

Finally, the city has a Centre for Patagonian Biodiversity Conservation situated on the banks of the Chubut River. This place, with a charming property, is the ideal place to visit with family and to spend the day in contact with nature.

The Center consists of a unique zoo, a place where live native and exotic species, an aged woods that colors the landscape, replicas of the ship "Mimosa" that brought the first Welsh to these soils, and of the Chapel San Jose, representative of the area, and playground and bonfires that make fun.

This cultural and recreational space, which is located at the entrance to the city on National Route 25 and that is opened to the public every day of the year, appears among the top tourist destinations in the city of Rawson, attracting many tourists and residents.

Playa Unión Playa Unión is a beautiful beach that in summer offers the opportunity to enjoy the sea. You can also surf and windsurf as see Commerson's dolphins and fish.
See all Articles