Bubalcó is a project dedicated to the breeding and exhibition of species of native and exotic wildlife in the valley of Negro River. It is an area of ​​34 hectares located on the island 19 near the city of Allen. It aims to allow visitors to observe the species in their natural environment. 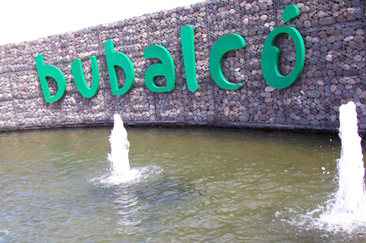 In the park live a lot of birds, mammals, reptiles and fish that have a wide appeal.

Bubalcó was declared to be of scientific, educational, conservation and tourism interest by the Legislature of the Province of Río Negro.

Bubalcó has a resto-bar where you can find menus for all tastes. It also has with a guided tour service for more than 15 contingents of people, the trip takes 3 hours and it must be booked in advance. The park also has a nursing service to meet any eventuality that may arise during the stay in it.

10 to 18 hours. (The ticket office closes two hours earlier. After closing it will not be allowed the entry). 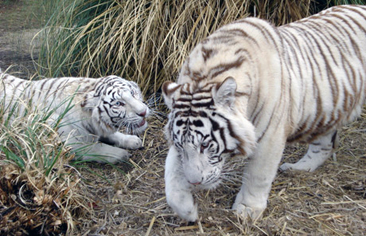 One of the most attractive mammals, the Royal Bengal Tiger. Photo bubalco.com

All prizes expressed in Argentinean currency.

You can buy the ticket directly in the park or at the central office which is located in the city of General Roca. 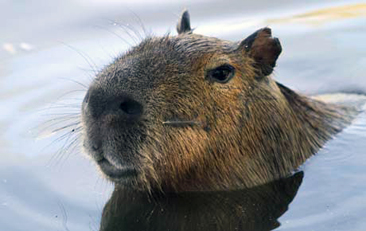 The capybara is another species that can be found in Bubalcó. Photo bubalco.com

You should go along National Route 22 to the kilometer 1194. Before this point are indicative posters of Bubalcó. In that kilometer is a detour to the river that leads directly to the park.

Bubalcó is located between the cities of Neuquén and General Roca, specifically in Contralmirante Guerrico, suburbs of the city of Allen.

National Pear Festival Each year Allen prepares itself to pay tribute to one of the main fruits of harvest and of course to the producers that are the heart of the productive machinery. This is the National Pear Festival.
Municipal Museum of Allen: a place to be visited Municipal Museum of Allen is one of the required places in the visit to the city as it is a site of important historical and cultural content of the city.
Flying Club of Allen Baptism flights, courses, short-haul flights and much more can be enjoyed at the Flying Club of Allen.
Tour of the Valley of Cicling in Allen Each November the City of Allen does one of the most important cycling test in the Upper Valley of Negro River. This is the Tour of the Valley, a competition that calls for hundreds of runners across the country.
See all Articles