Andacollo City proposes a series of tours that take you to explore every corner of the city and its surroundings, where you will learn its geography, flora, fauna and history. 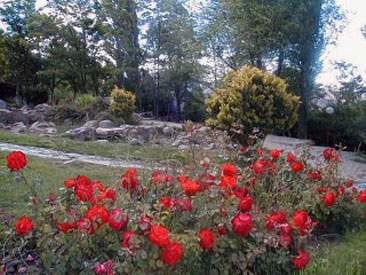 The tour takes you through several tourist attractions in the town of Andacollo to know its history and culture, which are: General San Martín Square, in the center, the Chapel of Our Lady of the Rosario de Andacollo, on Jaime Nevares street, the first building where the School 28 was founded in 1908, the Rose's Walk and the Monument to the Mother, the Municipal Museum, established in 1966 which houses the history of the people of the area, the trade Ruca Antú Handicrafts and the Fair, selling crafts and homemade products by small farmers in the area.

This tour is done by taking the Provincial Route 43 during the year, lasting approximately three hours. Along the way you travel the Canyon of the Pirquineros, declared municipal reserve for tourism, forestry and landscaping in 1996, where you can see the old gold mines and mining operations. 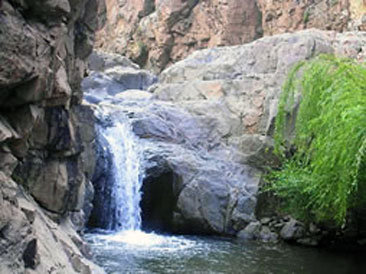 Later we will find Los Maitenes, where they worked gold panning, the Piedra del Oso at the edge of the Provincial Route 43, La Cruz Hill, where you can go hiking or horseback riding up to the viewpoint of the hill where is the Virgen del Rosario de Andacollo, and a panoramic view of the town, of Neuquén River, of Huaraco and of the Cordillera del Viento to the west.

This circuit is done through hiking, horseback or mountain bike on Provincial Route 39 during the year. In the same you can appreciate the Bar Mine, an old building of adobe, stone and board roof that served as a bar and meeting and celebration place of the old miners, and which is now an inn and place of sale of the products obtained by the residents of Huaraco.

Following the journey there are Sofia and Buena Vista mines, mines of gold and silver in which you see the current mining process in the plant and in the mouths of mine; Los Polvorines on Huaraco creek places for the storage of explosives used in mining; the Huaraco stream on whose banks you can see the remains of the first mills on the rock carvings, and Los Saltillos consist of four waterfalls in a row in Huaraco Creek watershed, located 2 km from Andacollo in Paraje Huaraco by Route 39. 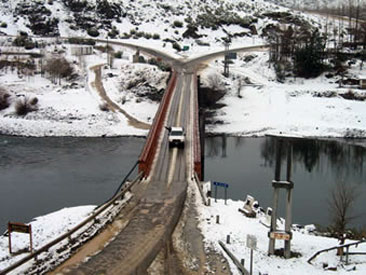 In this time you will take the Provincial Route 43, only in summer, and tour El Chingue and Trapiches, a field heavily worked by the old pirquineros; El Llano, a place along which the Pincheira passed with their animals; the School La Primavera, current livestock spot where stood the first gold mines in the area, the pipeline plant on the margin of the route, and the mines Cura Mallin and Paila Leche, in which was perfomed the drilling for barite and there was a washing place for gold.

This journey, like the previous one is done by taking the Provincial Route 43 and it can be made throughout the year. In the same you will pass by the Neuquén River's Bridge, the Camping Severiano Ortega, on the banks of the river 2 km from Andacollo; Pass Villagra and the Raft on the river, which was the former raft crossing over the river that worked until the construction of concrete bridge.

Then you will appreciate the archaeological discovery Gubevi on Provincial Route 38, where there were found skeletal remains, stone carvings and pottery that could have belong to the Pehuenche culture. In addition, you will observe the Quebrada Honda and La Ventanita Hill to the north of Andacollo, the Driver Road along which animals make the invernada-veranada from La Cruz hill, crossing the Neuquén river bridge to the so-called Rial and vice versa. And finally you can explore the Native Municipal Park Reserve on the right bank of Provincial Route 43 where you can see a forest of native Huinganes. 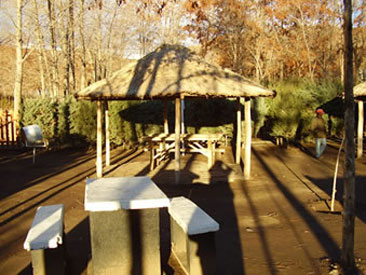 It is also known as the circuit of forests as walk the First Community Forest, originated in 1975 as a pilot experience with species of poplars in the slope of the Cañada of the Pirquineros. taht today has pine plantations.

Emiliano Hernandez Forest on the left bank of the Provincial Route 43 towards Chos Malal; and the El Llano Forest, which is located in La Primavera which has a ski slope. Finally you go through the Las yeguas hill that along Guanaco Hill officiate as viewpoints from where you can see the valley of Los Guanacos to the west and the Cordillera del Viento to the east.

This proposal invites you to visit the spa and wild camping "El Nahueve" at 8 km from the town of Andacollo, where you can camp among willows and do sport fishing. Besides the waterfront of the river is an ideal place for walking and physical activities, as are the Quebrada Honda and La Ventanita Hill located north of Andacollo.

Veranador Festival 1Since 1994 it takes place in Andacollo the Veranador Festival, a feast with folk performances, gaucho parade, rodeo and native skills.
Rock Art in Neuquén, Colo Michi Có Near the city of Andacollo it is Colo Michi Có, one of the sites of major archaeological wealth of America.
Andacollo: ideal starting point Andacollo offers several tours to enjoy its natural attractions, among them are included the mining, forestry, fishing, history and culture, spas, climbing, lakes, veranadas and festivals.
See all Articles