It is a small town you do not hear much nationally. However, tourists arriving to Puerto Madryn (72 km away) or to Trelew (17 kilometers from Gaiman) no longer listen to the recommendations to visit a quiet town with quaint customs and a delicious Welsh tea. This is Gaiman. 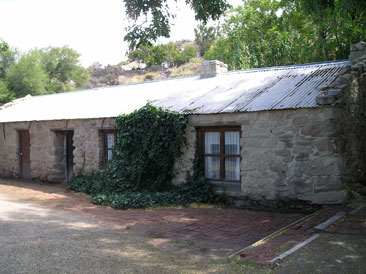 The first house built in Gaiman.

Perhaps like no other province in Argentina, Chubut received a strong welsh immigration in the late nineteenth century, even more important than the Spanish or Italian. Its members are mainly concentrated in two points of the province in the mountains, in Trevelin (a town with similar characteristics to this), and the Chubut River valley to the east. On this last point, Rawson, Trelew, Madryn formed and nurtured with those Welsh willing to work the land, but the town in which more able to preserve their traditions was Gaiman.

It was the first town in Chubut and for decades the most prestigious center of the colony for its agricultural production.

Interestingly, despite all this tradition, the origin of the name of this town is not welsh, is tehuelche and means "Whetstone" or "Stone-tipped".

So those seeking a Welsh town almost been in the past, with language, architecture and customs of that origin can not miss Gaiman.

If the desire is to know the Welsh culture in depth, you can visit the Welsh Regional Historical Museum, located in Rivadavia and Sarmiento; the Tunnel, mysterious cavern through which passes the old railroad; and the old chapels, beautiful buildings of English architecture that were real spiritual support of those settlers. 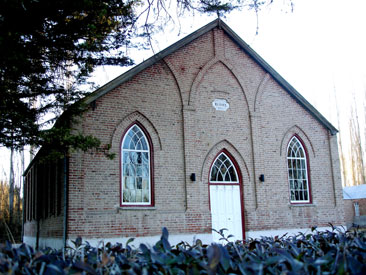 And, of course, after a stroll through the picturesque streets of Gaiman and the river, visitors can enjoy the famous Welsh tea, prepared according to ancient customs that give a unique flavor and perfume, all accompanied by delicious cakes.

Very near the town, in the spot Bryn Gwyn, we find the First South American Paleontological Park (open air museum). Conducted by the MEF in Trelew, you can observe the fossils in the strata corresponding to different eras who lived over 40 million years ago, and ends to complete a unique appeal in this amazing, vast and mysterious Patagonia.

The writer Ester de Izaguirre refers to Gaiman in the preface of the book "H.E. Bowman, photographs, Stella M. Dodd" in these terms:

"Is green in summer, with all imaginable shades of gold in autumn, white as the cliffs of Dover in winter, with its welsh architectural style, his secluded habits, language and religious beliefs as a guard kept its people from Colonization. "

Gwyl Glaniad, the Landing Festival in Gaiman The tea is a must activity in the town of Gaiman in Chubut province for its delicacy and tradition.
Bryn Gwyn Paleontology Park 1Bryn Gwyn Paleontology Park in Gaiman is paleontological invaluable and offers the opportunity to "walk" on the fossil beds.
Attractions in Gaiman Gaiman has a strong Welsh tradition that can be seen in the tea houses, museums and a tour of the city. You can also visit the Paleontological Park and the Park "El Desafío".
Museums in Gaiman Four different institutions to rescue the history and culture of the city of Gaiman. Welsh culture, Aboriginal culture and contemporary culture are exhibited in the museums of the city.
See all Articles