Plottier, the end of the valley See map

Plottier marks the western boundary of the Upper Valley of Río Negro and Neuquén and is located on National Route No. 22 15 km west from Neuquén, the provincial capital. 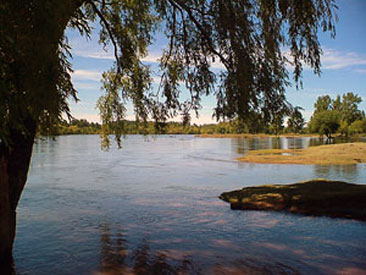 The Limay river is the preferred place to soothe the heat and pass the summer days.

It currently has a population of about 40,000 inhabitants living in an area of ​​13,500 hectares, and is named in homage to Dr. Alberto Plottier, who came there in 1908, giving rise to the former colony and today the city of thr province.

The town is seated on the lower course of the Limay River and is presented as an oasis for agricultural producers in the area. It also has two main attractions that are the river and the cliffs that make the typical Patagonian landscape of the valley.

For the inhabitants of Pottier the river is synonymous with summer freshness as they arrive on it shores to ease the hot hours in the cool waters. 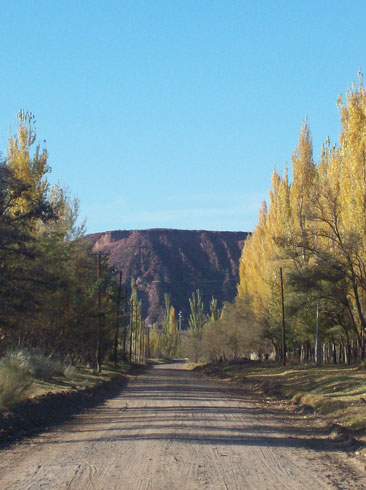 The landscape of farms on the way to the cliffs. Photo courtesy of Pérez Pertino family.

There are several places where the population attends the river in summer, but the most visited leisure and recreation are the Nepen Hue Recreation Complex, where you can camp and spend the day, and La Herradura, where you can enjoy the nature and has a shelter of many interesting bird species.

In addition, fences that are broken edges of plateaus and the geographical expression of the city, hosting in its soil particular flora and fauna for their adaptation to a hostile environment, and a wealth of minerals that are currently being exploited by oil companies.

At the foot of the cliffs there is a space representative of the rugged original appearance of the landscape where the activity takes place in handmade bricks. While the peak turns into a panoramic balcony that allows viewing of the entire city, the farms, the river in an exceptional manner and at night you can see the lights of the neighboring towns of Neuquén to the east and Senillosa to the west.

Other places to visit in Plottier are the Fisheries Centre where its developed the program of afforestation with species of Patagonian silverside to safeguard it from extinction, the Museum of the city, the Culture House, and the old Railway station.

Fishery in Plottier Plottier has a center dedicated to the production of fingerling trouts. An ideal place to visit with family and educational institutions to learn about the functioning of the fishery.
Plottier Expo Expo Plottier takes place in March. Its a festival that shows the production of the city and has music performances, sales of food and a craft tour.
Signs of yesterday in Plottier Plottier City has a particular signage as part of the "Signs of yesterday" project which is intended to signal the historic buildings belonging to the local urban circuit in order to improve the visitor experience and encourage the local community a sense of tourism awareness and appreciation of cultural and historical heritage.
See all Articles