The town of Trelew cherishes a strong Welsh culture, which can be known and experienced in the Pueblo de Luis Museum. There the tourist will find elements of the history of Trelew, on immigration flows in the region and the relationship of the natives with immigrants. Also, there are elements of the railway business, farming valley and parts of natural science.

The museum, which is located in the old railway station, is emerging as a regional museum, but today it falls under the new name of the museum as "eco-museum". This is because in the same is attempted to recover the historical memory of a community, that ​​the man value, learn and discover all that makes up its cultural heritage and natural resources in its region, so that it can be touristically operated. 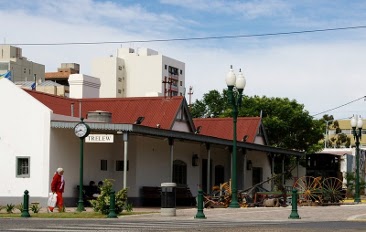 There is a permanent exhibition in the different rooms of the museum that takes the tourist on the historical aspects of the area. Each room reflects some of the local identity and illustrates a theme:

In addition, special activities as temporary exhibitions, lectures, tributes and dibujinas, among others, are done. All take place in Room Lily Patterson of the railway station, a former passenger waiting room. 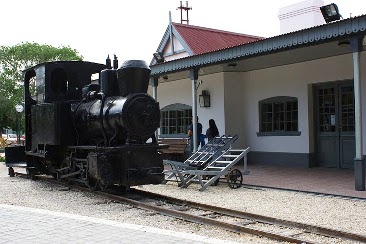 Outdoor exhibition of Pueblo de Luis Museum where there is a old locomotive.

In 1968 it was created the "Regional, Historical and Traditional Museum of Trelew" By Order 71/68, which for various reasons stopped working. Years later, after the renovation of the building of the old railway station, it was worked in the search for elements that could form the local heritage.

Thus, the old station, built in 1889 and declared a National Historic Monument by Decree 5239/69, became the "Municipal Museum of Trelew" on December 18, 1984. But to mark the centenary of the city it changed the name to "Pueblo de Luis Museum", in homage to one of the promoters of Welsh colonization in Chubut, precursor of the installation of the railway.