Another treasure of the town of Trelew is Muncipal Visual Arts Museum, which undoubtedly is a priceless heritage for the community, one of the few of its kind in Patagonia. 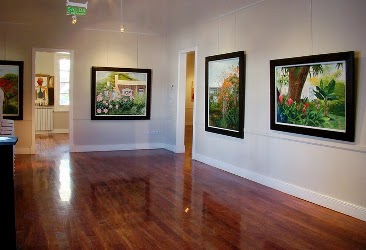 One of the rooms with paintings of landscapes of the Visual Arts Museum in Trelew.

The original design, the preservation time of its architecture and the symbolic content of the different uses that has been given to the museum, become the museum in a fundamental part of local heritage.

The museum is in charge of the Culture Department of the town and is aimed at promoting the sustained development of the visual arts in the community. For this reason, there are activities within the visual space to expand the look and extend knowledge to the world of visual arts.

History of the Museum building

The building was built in 1900 by the Sixth Regiment of the line and it was taken by the police until 1912, by the city of Trelew from 1913 to 1932 and various military offices. In the 50's the perimeter wall was built as a symbol that was relentless social fragmentation.

Almost 50 years later, in May 1999, the municipality takes possession of the property and begin the recovery project of this building: the Municipal Visual Arts Museum. The place was conditioned to carry out various activities that currently operate in the museum, such as workshops, shows, exhibitions, etc. but the greatest growth of the institution was achieved with funding from the Basque Country in 2002.