Valcheta: the oasis of the South Line See map

Valcheta City is part of the Río Negro south line of which is devoted primarily to livestock. Its proximity to the Somuncurá Plateau and the petrified forest make it a privileged tourist destination. 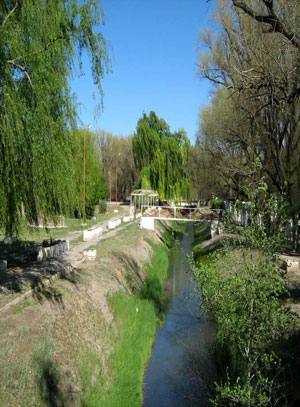 Valcheta stream that goes through the city.

Different meanings have been given the name of the city, but the most credible is that given by Professor Rodolfo Casamiquela who defines the word as tehuelche word. It means "Balcheta, in which fills" which if applied to the village stream running through it, "stream that is filled", which is also alluding to the great floods that made the river overflow and flood their valley.

The climate in the area is cold temperate with little rainfall, 200 mm per year, where the average summer temperature is 35 º C and in winter -15 ° C skim, averaging 3 º C. Account with 4,847 inhabitants according to 2010 census and is the largest city coming from the Patagonian coast.

The town of Valcheta is one of the oldest in the province and the population is engaged in farming and ranching. The geographical features make it an oasis in the desert, as the stream on which allows agricultural production lies in an area dominated by xerophytic vegetation. 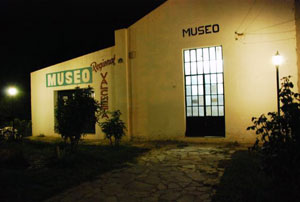 Valcheta offers a lot of places and activities to be done. From visiting the vast and unique Somuncurá plateau as the petrified forest and all the beautiful places that surround the town, where visitors can experience the incomparable feeling of contact with nature. In addition, you can not miss the Provincial Museum and the Craft workshop with various local products.

Another point of interest in the place are the festivals. There is perform the National Matra and Crafts Festival, which since 1985 takes place nationally the third weekend of June. Master craftsmen and weavers show visitors to the community and tradition in wood carving sculptures amazing and beautiful tapestries woven on looms. And the Provincial Shearing Championship participating shearers across the province to show their work to all the people.

Touring Valcheta Valcheta has many places to visit and learn about the history and culture of the region.
Cultural-Historic circuit in Valcheta The town of Valcheta has designed a circuit in order to identify all existing resources in it, whether natural, cultural, human and infrastructural of a great tourist value.
National Matra and Crafts Festival The town of Valcheta is unique, like the entire department of the same name, for being the area of ​​residence of the artisan weavers of "matras". For that reason and to keep revaluing the ancestral culture it is held every June 19 the Matra and Crafts Festival.
See all Articles