The town of Valcheta has designed a circuit in order to identify all existing resources in it, whether natural, cultural, human and infrastructure of a great tourist value. This is the Cultural-Historic circuit. The city is one of the most historic towns in Patagonia. 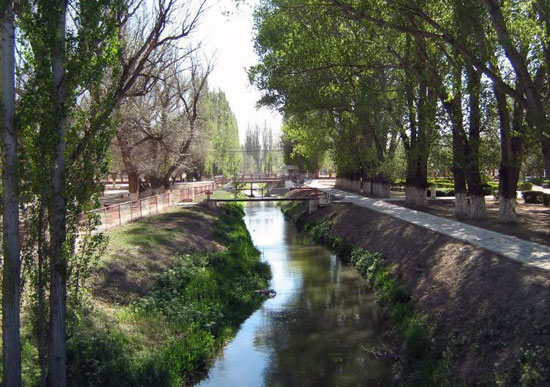 The destinations included in the project are testimony of the activity of the town, past and present. Architectural heritage is defined as the set of assets inherited from the ancestors so that should be preserved and passed on to future generations. The main idea of ​​the circuit is to show visitors the sites that serve as reference and identity of tradition, culture and history of the people of Valcheta.

In this sense natural sites have been included as products of human labor. Within the category "Historic Places" is the Old School No. 15, located in San Martin street, which was created in 1905. In the same also works the school for adults No 26 and the new facility was named Benjamin Zorrilla. Railway Station is also found in Mariano Moreno street and west access road on National Road No. 23. This branch was inaugurated on April 14, 1910, was established in progress for the towns of the south. Today is a local cultural heritage and one of the most important media.

Within the category of "cultural events" are the Plaza Lino de Roa, on streets Leandro Alen, Gobernador Pagano and Valcheta stream. This site allows travel through time and remember when the town was founded on October 5, 1833 after the Desert Campaign that fought against the Mapuche community in charge of Chief Cayupán. On the other hand, the Regional Museum "María Inés Koop", located at the intersection of Gdor. Pagano and Julio A. Roca, which was founded on October 5, 1978 and is named after one of its creators. Inside the museum you can see archaeological, paleontological, paleobotanical and other in different rooms, equipped with special lights.

Also, within the project are included "house value" as the Magistrates Court, established on April 1, 1899, and Police Station No. 15. It was inaugurated on January 28, 1889, but moved to the present building in 1939, located in Remedios de Escalada.

Touring Valcheta Valcheta has many places to visit and learn about the history and culture of the region.
National Matra and Crafts Festival The town of Valcheta is unique, like the entire department of the same name, for being the area of ​​residence of the artisan weavers of "matras". For that reason and to keep revaluing the ancestral culture it is held every June 19 the Matra and Crafts Festival.
See all Articles