Puerto Santa Cruz is located on the south bank of the broad estuary of the Santa Cruz river, only 17 km away from the deep water port of Punta Quilla, at the mouth of the river in the Atlantic Ocean.

This city was the capital of Santa Cruz territory until 1904 when Patagonia was still national territory. Access to town is via the National Road No. 3 and No. 288, both paved. It offers a great deal to be a starting point to other tourist sites in the area such as the first Coastal National Park, the caves on the beach and Monte León Island.

Puerto Santa Cruz currently has a population of 3,500 inhabitants and is located on a plain down to the coast, surrounded in part by a plateau that keeps protected from the strong winds to the population and colonies of birds and mammals that seek places like this to see the birth of their babies and youngsters. 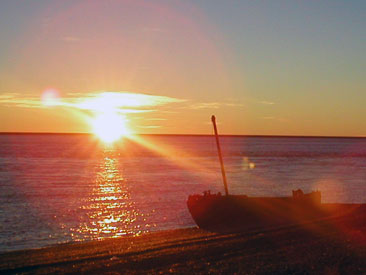 Therefore, can be spotted Magellanic penguins, cormorants nesting and heavy sea lions and others on the coast of the city. In addition to the cliffs, caves become true worth to be observed by the patient work of the sea.

On a tour of the city you can see the various monuments that tell the history of Puerto Santa Cruz. Among them are: 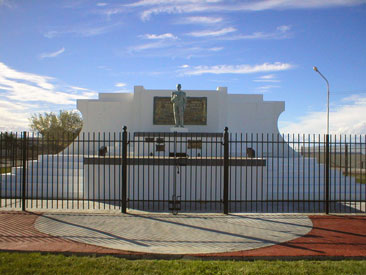 Mausoleum where rest the firt governor of the Santa Cruz territory.

In addition, other sites of interest in the city are the Rural Society where fairs are made, auctions of sheep and Livestock Fair in the first half of March. Hot Spring (24 º) that flow from a well 400 meters deep with therapeutic properties and the municipal campsite 1 km from the center. In the vicinity: the Church of the Holy Cross Exaltation, first building facade material that keeps very neat despite the passage of time, and Carlos Borgialli Regional Museum, where you can appreciate the natural area with wildlife and flora of the region and learn about the history, archeology and paleontology of the city.

Provincial Snook Festival The Provincial Snook Festival is held every February in Puerto Santa Cruz. It is a sporting, artistic, cultural and tourism event including craft shows, concerts, the election of the queen of the festival and the traditional fishing competition "12 hours of snook" that convenes every year more fishing enthusiasts in the region and country.
To get to know the city The town of Puerto Santa Cruz has an important historical content and a unique richness that can be seen in its various tourist spots.
Sailing Voyage in Puerto Santa Cruz In Puerto Santa Cruz it is held every year the Sailing Voyage in commemoration of Charles Darwin who visited Patagonia with Fitz Roy in 1833.
See all Articles