On 20 June 2008 opens in San Martin de los Andes "La Pastera, museo del Che". In tribute to Ernesto Guevara de la Serna, the Association of State Workers (ATE) is carrying out this project with the aim of contributing to the reconstruction of historical and popular memory."

In 1952, Ernesto "Che" Guevara and Alberto Granado, in his extensive travel to Latin America, past through San Martin de los Andes and workers of the Lanin National Park gave them a place to rest in "la pastera": a warehouse where it was stored animal food. Since then the national park workers take care of the place in homage to "Che". 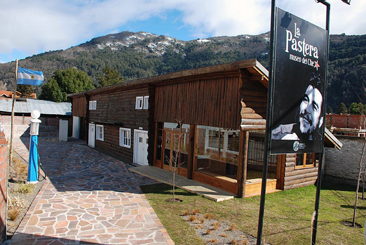 In the main room recreates the life of this character through information boards with unpublished photos chronicling the life of "Che", his travels, his family, his relationship with Fidel Castro.

The tour also features a tribute to the disappeared in Argentina's military dictatorship and ends on the mezzanine where there is a recreation of the place where Ernesto Guevara and Alberto Granado slept on their way through San Martin.

The museum also has assembled multimedia documents, videos, music and photos produced by the workers of ATE that tell the story of the museum. It also has a plasma tv which transmit speeches and interviews of "Che".

Finally in the library will find publications, photos and books published by the Centro de Estudios Che Guevara in La Habana, Cuba.

"Our intention, then, is to build a place for information and dissemination of action and thought of Che in different fighting positions that have his passionate and committed presence as a fellow, militant, guerrilla and a statesman." 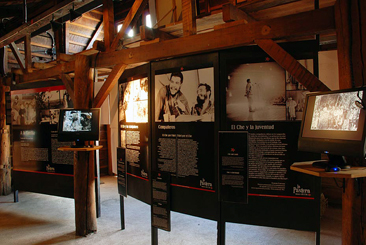 Main hall of the museum. Photo from www.lapasteramuseoche.org.ar