These activities are complemented by the services necessary for the normal development of the same. Agriculture was the first activity in the area dating back to the arrival of the Welsh settlers in the late nineteenth century. With sacrifice and effort they transformed the mouth of the Chubut River to the Atlantic Ocean in the lower valley of Chubut River, one of the world's southernmost valleys. 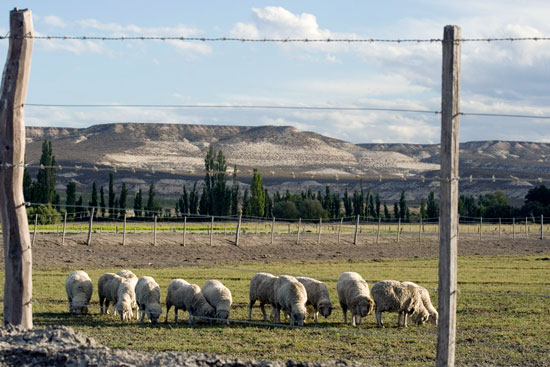 The lower valley of the Chubut River. Photo courtesy of Ente Turistico Trelew.


The predominant livestock is the sheep, and currently has a record of 4,044,239 heads in the province (according to National Agricultural Survey 1996).

Tourism is an activity that is incorporated in recent years, due to the enhancement of tourist attractions around the city. This activity is complemented by a structure in hotel services, dining and shopping centers, among others, all necessary for the attention of tourists.

By Municipality of Trelew city

Paleontological Museum Egidio Feruglio: the most important of South America Paleontological Museum Egidio Feruglio is a beautiful and impressive architectural space with showrooms showcasing the different geological eras and dinosaur fossils of Patagonia.
A Short history of Trelew Designed as the head of the rail to transport the production of the lower valley of the Chubut River to the port, Trelew was born with the growth of Patagonia.
Tea time, a trip to the past Being populated by people of Welsh origin, Trelew offers visitors the opportunity to enjoy a traditional Welsh tea accompanied by many delicacies.
Agroturism in Trelew 2Trelew offers something new; Agorturism: a day in the fields experiencing the production and acitivdades that are traditional in this region of Patagonia.
Trelew starting point to see the giant Southern Right Whale Trelew is a starting point for whale watching, to see the Southern Right Whale from Puerto Piramides, a few kilometers away.
Bird Watching in Trelew Ornithology, or bird watching is big in Trelew. Ducks, black-necked swans, swans coscoroba and pink flamingos can be observed and photographed.
Eisteddfod, a traditional festival The Eisteddfod is one of the most characteristic festivities of the Welsh people and their descendants celebrate it in Patagonia, in the city of Trelew.
Trelew: its geography General information on climate, location, geography and demography of the city of Trelew in Patagonia.
Youth Eisteddfod One of the most important art expressions of Chubut is the Youth Eisteddfod, held in the month of September in Gaiman.
Tour of the Valley of Cycling in Trelew The newspaper El Chubut of Trelew organizes an annual cycling race which joins the lower valley of Chubut River with the presence of more than 100 runners.
See all Articles