In October, and since 1875, is celebrated in Chubut an activity that is part of Welsh culture and is deeply rooted in this area because it had came and settled with the first settlers as part of cultural heritage the area. 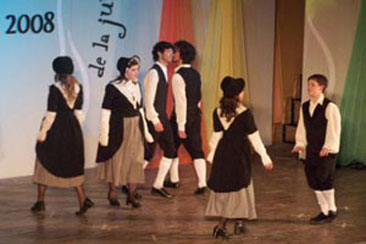 One of the typical dances.

This is the Eisteddfod Festival, a musical and literary event with the participation of various branches of art as the lterature, recitation in Welsh and Castilian, singing, dancing, painting, drawing and photography, among others.

It is one of the oldest cultural events, being able to trace its origin already in the eleventh century. In the beginning they were called bards, heirs to the tradition, which began with such activities.

The Eisteddfod began as a literary competition and now encompasses several branches of art, the main are literature and choral singing. The name of the festival is a Welsh word, its pronunciation based on phonetics would be "eistedvod" and the origin of it derives from the verb "eistedd" (sit) and is translated as "being sit".

Each of the competitions is responsible for, not a prize fight, but a learning and joy opportunity to share a rewarding experience. Participation in events is open to any person or group that want to do it, because no one is specifically invited to do so although everyone in general. 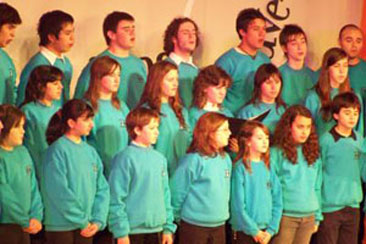 The choirs participating in the contest.

An organizing committee, elected at the assembly, produced annually the Festival program that is divided into two dates from 2009. For September in Gaiman, the Youth Eisteddfod, and for October in Trelew, the Chubut Eisteddfod. These places have become permanent headquarters, unlike earlier times when raising a large tent meetings took place in different places each year.

The 2009 edition counted with the visit of Dic Jones, who won the chair of the Poet in Chubut Eisteddfod in 1965 with his poem "Mintai'r Mimosa", a reference to the "Mimosa", the schooner that brought the Welsh to Argentine territory. Dic Jones is known in literary circles as Dic yr Hendre.

Paleontological Museum Egidio Feruglio: the most important of South America Paleontological Museum Egidio Feruglio is a beautiful and impressive architectural space with showrooms showcasing the different geological eras and dinosaur fossils of Patagonia.
A Short history of Trelew Designed as the head of the rail to transport the production of the lower valley of the Chubut River to the port, Trelew was born with the growth of Patagonia.
Trelew: it production In Trelew meet several economic forces that are described in this report by the Municipality of the city.
Tea time, a trip to the past Being populated by people of Welsh origin, Trelew offers visitors the opportunity to enjoy a traditional Welsh tea accompanied by many delicacies.
Agroturism in Trelew 2Trelew offers something new; Agorturism: a day in the fields experiencing the production and acitivdades that are traditional in this region of Patagonia.
Trelew starting point to see the giant Southern Right Whale Trelew is a starting point for whale watching, to see the Southern Right Whale from Puerto Piramides, a few kilometers away.
Bird Watching in Trelew Ornithology, or bird watching is big in Trelew. Ducks, black-necked swans, swans coscoroba and pink flamingos can be observed and photographed.
Trelew: its geography General information on climate, location, geography and demography of the city of Trelew in Patagonia.
Youth Eisteddfod One of the most important art expressions of Chubut is the Youth Eisteddfod, held in the month of September in Gaiman.
Tour of the Valley of Cycling in Trelew The newspaper El Chubut of Trelew organizes an annual cycling race which joins the lower valley of Chubut River with the presence of more than 100 runners.
See all Articles