For two weeks the town of Ushuaia becomes the focus of worldwide attention when it is celebrated in autumn the Ushuaia International Festival. The same brings together the best classical musicians from around the world becoming in the southernmost festival in this musical style.

The festival was created and organized by producer Festspiele SRL. The 2011 edition took place from 2 to 16 April at the official headquarters of the producer, who is Las Hayas Resort Hotel.

15-day meet in Ushuaia the most important figures in classical music. Among them is the renowned Moscow Symphony Orchestra, the pianist and Italian Luca Garbini the violencellista Ji-yeon Woo and Argentiean soprano Gabriela Pochinki and many more.

In addition to programming with renowned soloists and chamber groups are also developing free popular concerts and Masterclasses and Conferences in the city of Ushuaia, Tolhuin and Rio Grande. This event positions the province of Tierra del Fuego as South American musical shaft in the autumn and helps to strengthen the city, province and country as a cultural tourism destination. 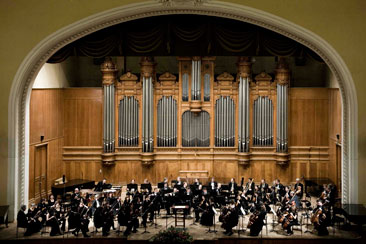 In its third edition, developed in 2007, the festival has established itself as Ushuaia elite international event with participation of the Berlin Symphony Orchestra (Berliner Symphoniker resident). Then in 2008 marked another goal to create Ushuaia Philharmonic, led by master Jorge Uliarte, which was praised at the festival and gave a concert in Buenos Aires later.

Finally, the 2010 edition, the sixth, the producer Festspiele SRL presented the End of the World Choir composed by voices of Tierra del Fuego who performed Mozart's Requiem. 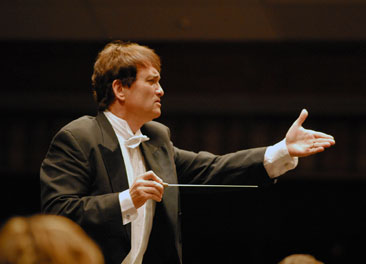 The Festival is sponsored worldwide by the government of the province of Salzburg (Austria), Salzburg city (Austria), the Embassy of Austria, the German Embassy, ​​the Croatian Embassy, ​​the University of Arts in Graz (Austria ) and the Mozarteum in Salzburg (Austria). And at national level by the city of Ushuaia and the government of the province of Tierra del Fuego, Antarctica and Atlantic Islands.

For more information visit the official website of the Ushuaia International Festival. Tickets on sale at Ticketek or at the local Atlántico Sur in Ushuaia.

A visit to Alvear Glacier The city of Ushuaia offers must go trips to know wonderful landscapes. One of them is the crossing to Alvear Glacier and its caves.
Cerro Castor, skiing the end of the world To enjoy Ushuaia you can visit the ski resort at Cerro Castor. This complex was opened in 1999 and is immersed in the stunning Tierra del Fuego National Park.
Former prison and maritime Museum A few meters from the Beagle Channel in Ushuaia stands intact a stone building which was the infamous Ushuaia Prison.
Skiing Ushuaia, the city with more winter options Ushuaia is the city that offers as many ski resorts and different options to take full advantage of a long, snowy winter: ski in and out of the city, dog sled rides, walks in the woods on snowshoes, ice skating on frozen lakes, snowmobile tours, among others.
Sailing the waters of Beagle Channel Navigating the Beagle Channel might be the highlight of a day's visit to Ushuaia, especially in autumn when the world's southernmost city and its surroundings offer a wonderful picture, surrounded by forests the haven't lost their leaves yet.
Ushuaia city tour, the southernmost city in the world The walks through the city of Ushuaia are an interesting alternative to combine with other field or sea trips. Local history is rich.
Winters in Ushuaia, special events Since many years now, residents of Ushuaia and its visitors celebrate the winter holidays together, either in the city or beyond.
Ushuaia from the sky Daily flights can be taken to see Ushuaia from the sky, visiting several places almost inaccessible by road.
The story of the beaver who ended up seeking diplomatic asylum The story of a beaver that lost its way and ended up on the streets of Ushuaia.
Tierra del Fuego National Park While its natural comformación is not much different from other parks, Tierra del Fuego National Park is only one in Patagonia with a sea shore, as its southern boundary touches the waters of the Beagle Channel.
See all Articles