The city of Plaza Huincul is located a few kilometers from the geographic center of the province of Neuquén, immersed in the biome for the Patagonian steppe. It is set in the Confluence Deparment, beside one of the most important national routes of the province (National Route 22). 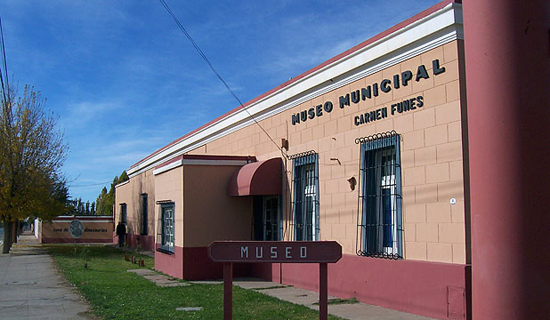 
The city emerges as a result of the discovery of Plaza Huincul Field of Oil and Gas, which occurred in 1918. The regional activity began to revolve around the exploitation of oil, a natural resource with high productivity. The operation depended on Capital Federal agencies, to average the first years of the 90s, when there was an economic change in the country.

After this change in the economy, an abrupt shift in companies directly or indirectly related to the oil industry occured. Also it was added the privatization of state operations Yacimientos Petrolíferos Fiscales and Gas del Estado, causing a sharp economic shock in the region.

The result was a high percentage of unemployment both for workers of exploiting oil state companies, as well as for those living from activities related in some way or another to those companies.

At present, this has actually been reversed in part, because the economic measures taken by the central government in recent years, along with the hydrocarbon international scene have been the reactivation of this activity.

The main tourist attraction of Plaza Huincul is the Municipal Museum "Carmen Funes", where you can appreciate valuable historical and paleontological items of the region. The museum is located at the entrance of the city and it is known for the development of scientific research. The most important discovery on display in the museum is the huinculensis Argentinosaurus, the largest herbivorous dinosaur in the world belonging to the group of sauropods, and to the Titanosauridae family. Its name means "reptile of Argentina from Huincul". This specimen was found in 1988, 8 km east of the city of Plaza Huincul. It is one of the emblematic copies of Neuquén deposits making the region the most important with dinosaurs of South America.

The city has a thermal park called "La Curva" which has thermal baths with healing properties, a recreational space, campfire and camp area.

It is at 2 km east of Plaza Huincul. It is a monolith built in tribute to the pioneer women of the area called "La Pasto Verde". In the same place down to the outflow channel that runs parallel to National Route 22, it is the tomb, which since 1916 keeps her remains. In addition, you can see the reconstruction of the ranch and corrals.

Through various connections with National Routes 40, 237, 234 and 231, you arrive at the main resorts of the province as San Martin de los Andes, Villa La Angostura, Copahue and International Pass.