Trelew: a tour of the city See map

Trelew, a name of Welsh origin meaning "people of Lew" in honor of Lewis Jones, a pioneer of Welsh colonization in Chubut. The city is located 25 km from the mouth of the Chubut River, 20 km from Rawson and 1436 km south of Buenos Aires.

The city's history is closely linked to the Welsh settlement in the province, which began in 1865. The day taken as the anniversary of the town is October 20, 1884, when National Congress passed the law to build the railway from the valley where the Welsh grew to Bahía Nueva (now Puerto Madryn), from which crop out to the outside. Trelew station arises in this context as "tip rail" for the transfer of those agricultural products to Madryn.

Trelew has been, historically, capital city of the region called the lower valley of Chubut River on the Atlantic coast. It develops, at present, an important industrial, economic and financial activity, for what it is, therefore, the distribution center of goods and services, communications and transportation hub north-south, east-west, linking the various regions of the province and the rest of the country. 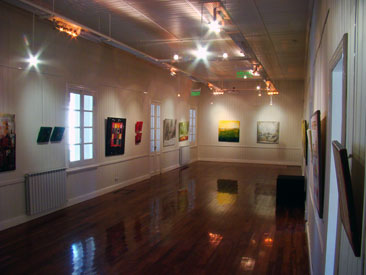 By the number of inhabitants is the second city of the province, after Comodoro Rivadavia. According to the 1991 census, the city recorded 114,333 inhabitants. The population figures marked a rapid growth rate since 1906.

Among its main attractions are:

The city has several festivals that attract large numbers of attendees such as the Eisteddfod and the International Choir Competition, tea Gwyl Glaniad (feast of the landing), and ExpoTrelew among others of various sizes.

The town is the starting point to visit important natural reserves in the region: Punta Tombo (the largest penguin colony on the continent), or beyond, the famous Valdes Peninsula with colossal visitors, the right whales. At the same time, Trelew can be often a visit point to those who stay in Puerto Madryn.

For its strategic location in the heart of the Chubut River Valley and its location at the crossroads of routes linking the Atlantic coast and the mountains, the city offers the tourist the possibility of a more direct access to all attractions of the province of Chubut in Patagonia. 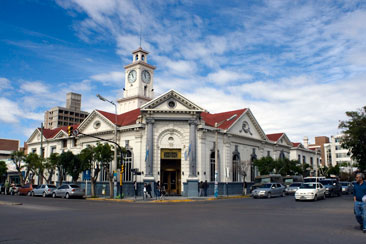 The Nación Bank in the center of Trelew.

The service infrastructure is in line with the requirements of all travelers: hotels of various categories, restaurants with cuisine specialized, receptive travel agencies for trips around the region, tour guides with different specialties, international airport, air and ground transportation that enable the arrival and departure to other points of interest and support services are ready to fulfill any need.

Know the exact geographic data of this city.