Old quarter of Patagones: a pleasant stroll through the past See map

Occupying an area of ​​irregular slopes, the historic center of Carmen de Patagones has a few buildings over two hundred years and in the area are grouped museums, squares, churches and historical monuments of a potential tourist value. 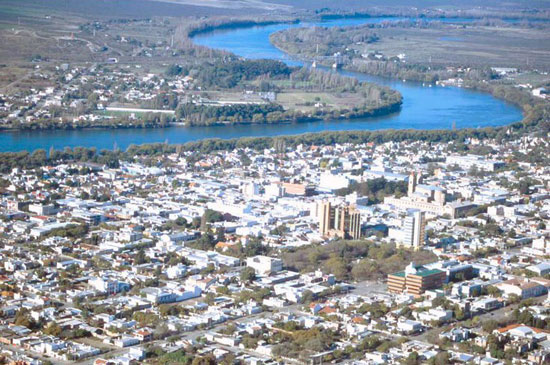 The Negro River separates the cities of Viedma on the southern bank and Carmen de Patagones on the north bank. The first of Río Negro and the second of Buenos Aires.


The magarata city has great appeal in its rich past and for imbued in it just right to visit the Regional Historic Museum "Francisco de Viedma", which is open Monday to Sunday.

Created in 1951, in its early years depended on the municipality until 1988 when it was transferred to the Bak of the Province of Buenos Aires and it works since then in the historical house of this entity, in front of the boat dock.

The Italian Renaissance-style building has a courtyard with an air of romance Hispanic and on whose wall is kept a cave that was home to the first settlers of the eighteenth century. Once inside, the generous display material is distributed in several rooms according to five periods ranging from 1779 to 1960, and that provide insights into the development of local history.

The tour of the museum starts with the location and description of the indigenous tribes that inhabited the area and various instruments of daily use of these populations. It has earned various elements belonging to Commander Luis Piedra Buena, and plenty of clothes and furniture from different periods.

The museum also offers guide services for both the material of its rooms to various points of old quarter as La Carlota, Rancho Rial and Tower of the Fort, but in winter, the further away caves are not visited. The tours are held on Sundays and are free of charge.

La Carlota is a picturesque ranch dating back to early 1800, that due to tax debts of the municipality was left at the end of 1940. A commission composed of plastic artist of Patagones restored and conditioned the three rooms for living room, bedroom and kitchen, furnished them with antiques. It has a nice courtyard adorned with geraniums, brooms and aromillos surrounded by fences and prickly pear cactus.

For its part, you can also visited the house of Juan Jose Rial, first judge of peace of Patagones and one of the participants in the Gesta of March 7, 1827 that expelled the Brazilian troops that had tried to invade the village. The building has an enclosed attic that served as a refuge against possible attacks and in the ravine back of the courtyard stands one of the classic maragatas caves. Currently works there the Paleontological Museum.

Finally, the tour offers tourists a visit to the tower of Fort del Carmen, watchtower of the fortress and the chapel's bell. It was built in 1780 with large blocks of consolidated sandstone taken from the magarata coast.

After the campaigns of the desert the fort was demolished, but the community preserved the structure of the tower as a symbol of its role in strengthening the Sapnish first and Creole then people's sovereignty in the Patagonia. In 1942 it was declared a National Historic Monument.

Río Negro International Regatta The Río Negro International Regatta involves a distance of 6 stages with two breaks, starting in the capital of the province of Neuquén and ending in the beach resort of Viedma, the capital city of Río Negro.
The Coast Road and La Lobería from Viedma The coast road of Viedma is a path the follows the river bank and then the Atlantic Ocean shore, connecting points of great interest.
Sea lions and unique beaches in Punta Bermeja From Viedma you can visit Punta Bermeja one of the larges sea lion colonies in the world.
San Blas Bay - Del Jabalí Island San Blas Bay, near Viedma, is a haven for fishermen, but also for those seeking peace when taking a vacation.
A visit to Viedma's farms In Viedma you can learn all about the fruit production in the area, an interesting program for those who come to this region of Patagonia.
Bruce the englishman and a life at sea The story of an Englishman who knows all the secrets of the sea and fishing. He lives in San Blas Bay, 100 km from Viedma.
San Blas Bay: a fisherman's paradise. San Blas Bay, 100 km from Viedma, is without a doubt one of the best places for fishing in Patagonia.
The Patagones-Viedma water race. The Patagones-Viedma is a water festival that includes several disciplines, including the second stage of the Grand Prix of International Swimming and High Diving demonstrations.
See all Articles