The Patagones-Viedma is an international swimming career in open waters that the Foundation Diario Noticias and a group of people decided to carry out together by the passion of sport and river. It is done from the year 2007 between the city of Viedma in Río Negro and Carmen de Patagones in Buenos. 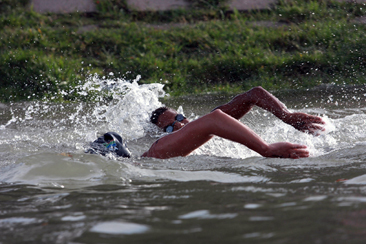 Hundreds of swimmers from around the world attend the second stage of the FINA Grand Prix.

The race, which includes since 2008 the Grand Prix of the International Swimming Federation (Fina), consists of 10 kilometers on a circuit of buoy of 10,000 meters. Among the participants through the different editions is the Dutchman Maarten van der Weijden, who was the first Olympic open water champion in history after winning gold in the debut of the test during the Games in Beijing.

This competition is the central test of a water festival that offers something for everyone, from racing triathlon, canoeing, cycling, aquathlon and walking in one week in February.

The competition brings together two cities and two provinces separated by the waters of the Negro River which has an area of ​​600 km and empties into the Atlantic Ocean at 30 km. The choice of the 10,000 meters circuit is due to this distance is similar to that approved for the 2008 Beijing Games. 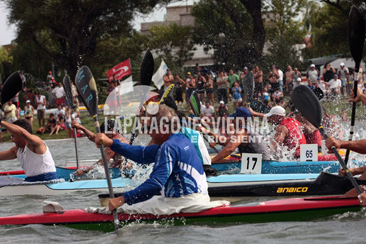 Athletes cover 200 meters in track of buoys and with output pontoons in the Canoeing test.

In the discipline Triathlon short run mode is done: 750 meters swimming, 20 km cycling and 5 km jogging, for the circuit Patagonia. For the same can participate categories Elite, Young from 14 to 19 years and Older from 20 to 34 years.

Other tests include: Cycling, which is done at night, the Cross of the river, a consistent challenge yacht to cross the Negro River twice, Canoeing, allowed for all the categories that should cover 12.5 km and High Diving/Jumping, where athletes jump from the road bridge.

In 2009 the central race was televised on national Channel 7 and other national media, like ESPN and the sports daily Olé, showcase and promote Viedma to the world. 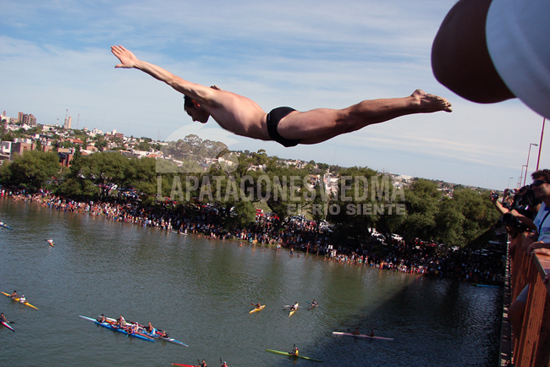 Jump demonstrations are one of the discipline that get more public attention.


Photos courtesy of the official competition website: www.lapatagonesviedma.com.ar for more information you can visit it.

Río Negro International Regatta The Río Negro International Regatta involves a distance of 6 stages with two breaks, starting in the capital of the province of Neuquén and ending in the beach resort of Viedma, the capital city of Río Negro.
The Coast Road and La Lobería from Viedma The coast road of Viedma is a path the follows the river bank and then the Atlantic Ocean shore, connecting points of great interest.
Sea lions and unique beaches in Punta Bermeja From Viedma you can visit Punta Bermeja one of the larges sea lion colonies in the world.
San Blas Bay - Del Jabalí Island San Blas Bay, near Viedma, is a haven for fishermen, but also for those seeking peace when taking a vacation.
A visit to Viedma's farms In Viedma you can learn all about the fruit production in the area, an interesting program for those who come to this region of Patagonia.
Bruce the englishman and a life at sea The story of an Englishman who knows all the secrets of the sea and fishing. He lives in San Blas Bay, 100 km from Viedma.
Old quarter of Patagones: a pleasant stroll through the past Take a tour of the city of Carmen de Patagones and see its historic buildings, some over 200 years old.
San Blas Bay: a fisherman's paradise. San Blas Bay, 100 km from Viedma, is without a doubt one of the best places for fishing in Patagonia.
See all Articles