Villa Regina: the Pearl of the Valley See map

Known as the "Pearl of the Valley", Villa Regina offers places to visit, enjoy free time and parties that attract people from throughout the region.

The city of Villa Regina is another fruit producer town that make up the Upper Valley of Río Negro and Neuquén. Dedicated from its beginning to fruit growing its economy is based, among other things, on the production of apples and pears and a few years is doomed to winemaking, so they began to celebrate in the city the Provincial Harvest Festival. Also settled in the city's first tomato cannery and the first jam factory in the Upper Valley. 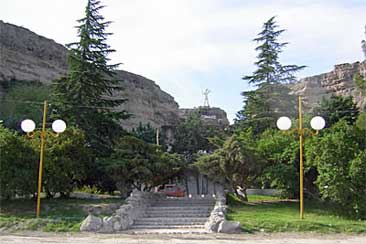 View of the park and the Indian Comahue background.

Farmer and fruit producer par excellence, is a city of approximately 35 000 people, relaxed and quiet as few, where even the mild climate of the place contributes to be an oasis in the valley.

Being one of the scales of the longest kayak race in the world, linking Neuquén with Viedma through the Negro River, is something of pride for the residents of Villa Regina.

Villa Regina began as an agricultural colony in 1924 when its first settler Juan Mión built the first precarious home. Then Villa Regina began to populate, mostly, from Italy. Then President Marcelo T. de Alvear proposed November 7, 1924 as the date of foundation of the town and the name of the town in honor of his wife, opera singer Regina Pacini. Its founder was the Engineer Felipe Boloni.

Each town of the Upper Valley has its festival, in Villa Regina is celebrated the Provincial Harvest Festival since 1973, thus as well as pears and apples upper valley lands are also suppliers of grapes.

The area has grown into a large number of production and marketing of wine for sale both in the domestic market and abroad. Year after year have increased the acres of vineyards for the production of Patagonian wines, synonymous with distinction in the world.

Comahue National Fair is held every two years. Is an event which brings together organizations and businesses large and small to share experiences and show the activities and products of each. Develop lectures, round tables, conferences and parallel cultural and gastronomic events there. 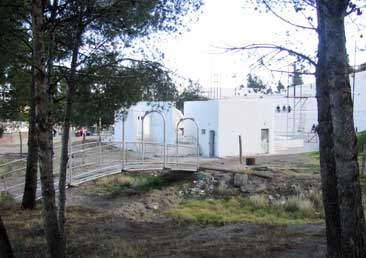 As in every town and city there is a museum. In Villa Regina is located the Community Museum that holds the stories of the inhabitants of Patagonia, which is located in the historic building which served as the Italo Argentina Colonization Company (CIAC), which was built in 1924.

When talking about Villa Regina in Patagonia, inevitably mentioned the Indian Comahue, a monument built to honor those who inhabited the Patagonia and the name this region is known: Comahue. It was built in 1964 and is located on the north wall. The Indian Comahue serves as a viewpoint that is visited by tourists and locals thanks to its panoramic view of the city, but it's also a center of sport activity the Indian Trekking Comahue, an event that gathers many athletes each year.

Another very attractive place to go in Villa Regina is "Island 58 Ingeniero Gonzalez Jezzi", an estate on the banks of Negro River. Besides enjoying the water, camping, sports or simply enjoy the outdoors. It is 7 kilometers from the city and is equipped with toilets, grills, tables, benches and lighting. The site covers all the basic services and a store. In addition to the Yacht Club resort is offering a raft to cross to the island 58 and a sector enabled for the boats.

Provincial Vintage Festival 1In Villa Regina it is performed a tribute to the producers and the fruit that is one of the most important in the region. This is the Provincial Vintage Festival.
Trekking to the Indian Comahue in Regina The trekking to Indian Comahue is a traditional competition for men and women of all ages in the city of Villa Regina.
Island 58 in Villa Regina The resort Island 58 is located 8 km from the center of Villa Regina. It is a good option for those who want to enjoy a day at the beach and do outdoor activities.
See all Articles