The Perito Moreno glacier, the eighth wonder of the world, is near El Calafate. This town is also the access area to a multitude of mountains of ice that make up the Los Glaciares National Park, and making it a privileged place in Argentina and the world. So much so that in 1981 Unesco declared the whole Park "Human Heritage". 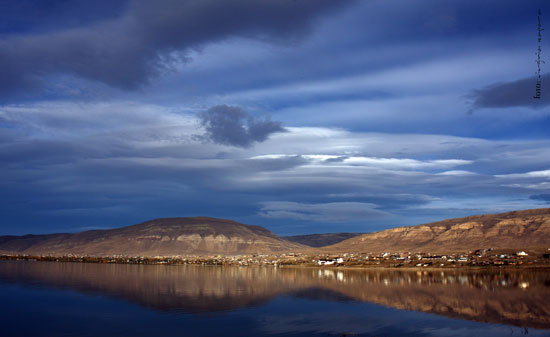 The village takes its name from the small bush "calafate", typical of southern Patagonia. According to tradition, whoever eats calafate come back for more. According to reality who knows El Calafate doesn't want to leave the place.

El Calafate is located 320 km from Río Gallegos on the southern shore of Lake Argentino in the Andes mountain range. Is a picturesque village, a haven of peace and greenery. It is also an important tourist center because it is the start of all glacier circuits.

El Calafate is a small town of 4000 inhabitants where the streets have a charm characterized by low building houses, warm and rustic under a blue landscape that merges with the sky. 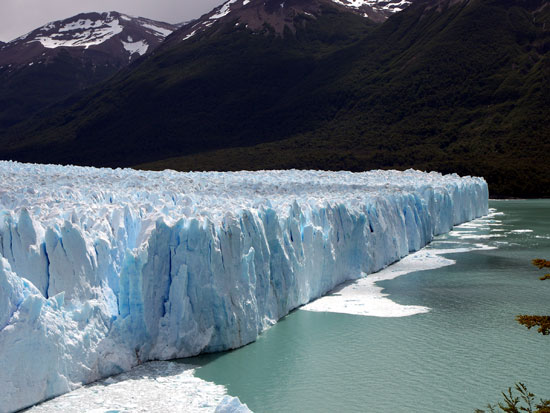 The eighth wonder of the world, near El Calafate. Photo:Jan Zakelj
Share

Perito Moreno Glacier: the eighth wonder of the world 1The Perito Moreno glacier is considered the eighth wonder of the world because of the spectacular views it offers. The imposing mass of ice surrounded by endless forests and mountains is a spectacle that few want to miss when traveling to Patagonia.
Perito Moreno Glacier, what you need to know Every year the Perito Moreno glacier generate expectations when it seems ready to breakup. Some information on its characteristics and its history to help understand this phenomenon.
The periodic breaking of the Perito Moreno Glacier The Perito Moreno Glacier is an active glacier. It is one of the few advancing glaciers in the world, and the only one in Patagonia. It advances approximately 100 meters per year, generating another phenomenon of shoking beauty: the breaking of the dam it forms in the brazo Rico of Lago Argentino.
Punta Bandera Naval detachment The Punta Bandera Argentina Naval detachment is located 45 kilometers from El Calafate. Since its creation in 1978, the detachment provides professional services.
The legend of the calafate The tehuelches lived in the El Calafate area and had a legend about the birth of the bush that gives the name of the town. "He who eats calafate will always return"
Los Glaciares National Park The Perito Moreno glacier is near El Calafate, a territory ruled by eternal ice. The entire area is inside Los Glaciares National Park, created in 1937 in order to preserve the continental ice field, its thirteen glaciers and various sub-Antarctic forest environments and the steppe of Patagonia.
Glaciers, forests and mountains There are infinite possibilities for those who tour the glacier region. On foot, by car or by boat, all are good options to explore this unique area of ​​Patagonia, Argentina.
Ice Festival in Calafate For three weekends in a row, in July and August, the Ice Festival is held in El Calafate. True to its name this festival pays tribute to ice with skating, ice hockey, torchlight parades, sleds, sculptures and a "Chueca" match, a very popular sport typical of the area.
Lake Argentino Lake Argentino is the largest in Patagonia with its 1,560 square kilometer, and the third one in South America. At 185 meters above sea level, it has a length of 125 km and a maximum width of between 14 and 20 kilometers.
Trekking on the Perito Moreno Glacier 2Walking on the glacier Perito Moreno is a fascinating opportunity that is suitable for all and does not require much effort.
See all Articles