During late February or early March is held in Los Menucos the National Slab Stone Festival, in which you can enjoy performances by national and regional artists, election of the national queen of the slab stone and the traditional contest of "abuñadores" (craftsmanship of stone cutting). 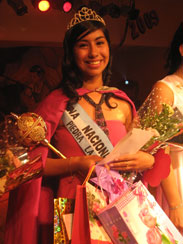 Queen of the Slab Stone.

Los Menucos with about 6000 inhabitants, is located in the center of the province of Río Negro. The people live mainly by cattle sheep and are also those who work the goat rearing, rheas (Rhea pony) depending the place.

But historically this locality was characterized by working in mining of slab stone and porphyry that is sold in the country and also exported to the world.

The town has a dry climate, arid soil and sparse vegetation. Winter temperatures can reach 30º below zero and summer up to 40 degrees, keeping in mind that the low humidity makes different temperatures.

The 2011 edition of the National Slab Stone Festival was held on 8, 9 and 10 April. There were many local and national artists.

There were also fireworks, the election of the National Queen of the Slab Stone and horse racing. 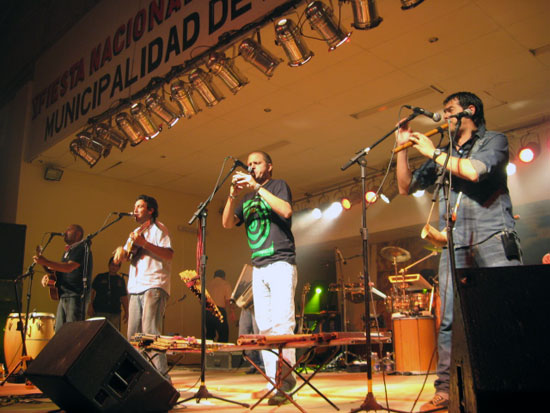 Local and national artists perform on the festival stage.

Rural tourism in the South Line Very close to the plateau of Somoncurá there are farms where you can make rural tourism. Los Menucos offers different places to learn about the lifestyle of the region and enjoy nature.
Circuits to meet Somoncurá Plateau In Los Menucos there is a group of producers who are responsible for conducting tours to learn about the Plateau.
Somoncurá Plateau Somuncurá Plateau lies between the south-central province of Río Negro and the center-north of Chubut, divided by the 42° parallel that separates the two provinces of the Patagonia, Argentina.
Guanaco wool The sale of guanaco wool as an alternative to the producers of Los Menucos.
See all Articles