Somoncurá Plateau is one of the most interesting but, in turn, more unexplored in Patagonia. 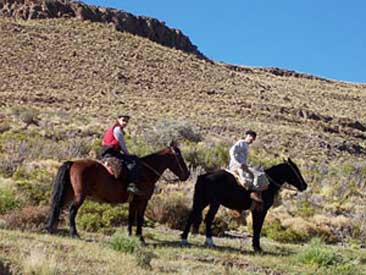 At the foot of the mythical Somuncurá plateau in the province of Río Negro, lies the town of Los Menucos. There a group of producers propose a new type of tourism cultural and natural, this is Meseta Infinita.

The fascinating Somuncurá Plateau, a protected area of ​​27,000 square kilometers propose us a journey into our own lives. There are no roads or towns, only some isolated posts where people perform their daring farming and are struggling with the wind threatening to break the infinite silence.

From the hand of Infinite Plateau, Somuncurá, land of mysteries and legends proposes to go in search of challenge and rise to the mythical plateau with those who have come for a lifetime. Deep canyons, magnificent sunsets and gaps in walls that cut the breath, places to be visited in this tour, where people seem to live beyond time.

Infinite Plateau consists of a group of farmers in the region who seek to undertake sustainable development of rural tourism. Also invited to meet a virgin area, ideal for travelers seeking uncharted territory where unique experiences and into the territory of horizons without borders, where the silence of Patagonia is only interrupted by the sound of the wind. 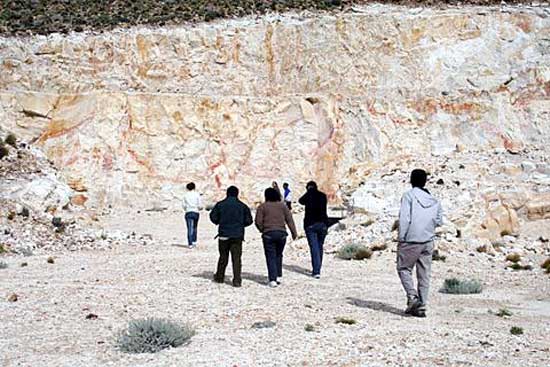 In this special natural environment of the region, add a cultural context of ancient farming practices that have been passed from generation to generation. In this context, Infinite Plateau offers a series of themed tours to rescue the natural and cultural particularities of this land:

You can visit the traditional wool circuit, knowing the life of the Patagonian countryside and participating in daily activities of the cattle ranches of the area as herding sheep, shearing, signage framed by immensity of the Patagonian steppe.

From crafts, rescuing the culture

This is a proposal to light, together with artisans of the Cooperative People of Somuncurá, the secrets of spinning wool, natural dyeing and weaving loom Mapuche. The perfect invitation to entangle our lives with those who shared their life with the wind and silence.

Protagonists of the steppe 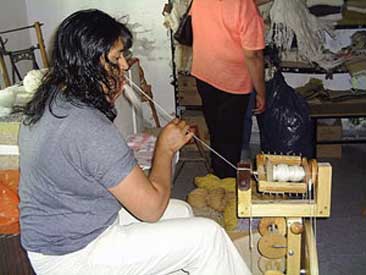 The circuit of guanaco and rhea, invites a closer look at these outstanding representatives of the local fauna, protagonists of the history of native peoples and their culture. A proposal in which also can learn about these species currently immersed in a legal framework for protection and sustainable techniques that enable the production of one of the finest organic fibers in the world. An unforgettable experience that combines the knowledge of two ancient inhabitants of Patagonia, its history and its habitat.

The geological formation of materials to work with kaolin, slab and porphyry, has left the quarries in this region countless displays of hard work. Stones of Patagonia is the proposal of Infinite Plateau to find other productive activities that give identity to the region. Browse quarries in the hands of his players, hear the stories of their mouths and find plenty of attractive slabs that are modeled to form the most varied handicrafts are some of the experiences that await on the rocks.

In circuits can taste the typical regional cuisine, from the ubiquitous Patagonian lamb to delicacies homemade like breads and desserts. Also the possibility of staying in places rich in history as farm built by the British or the houses of the early immigrants who came to the area from across the Atlantic.

National Slab Stone Festival in Los Menucos The National Slab Stone Festival in Los Menucos makes honor to one of the engines of its economy and those involved in the slab stone mining.
Rural tourism in the South Line Very close to the plateau of Somoncurá there are farms where you can make rural tourism. Los Menucos offers different places to learn about the lifestyle of the region and enjoy nature.
Somoncurá Plateau Somuncurá Plateau lies between the south-central province of Río Negro and the center-north of Chubut, divided by the 42° parallel that separates the two provinces of the Patagonia, Argentina.
Guanaco wool The sale of guanaco wool as an alternative to the producers of Los Menucos.
See all Articles