Somuncurá Plateau lies between the south-central province of Río Negro and the center-north of Chubut, divided by the 42 ° parallel that separates the two provinces of Patagonia, Argentina.

One of the lakes in the plateau.

It is a huge area of ​​seemingly endless for those who visit. Its extension reaches approximately 25,000 km2. It resembles an island of rock, stunning and challenging arises in the Patagonian landscape. It has also been characterized as an oasis in Patagonia, which accumulates large quantities of water from rain and snow.

Is its particular along the story that makes it so special. Volcanic processes over millions of years of erosion have shaped the profile that characterizes it today and dazzle us.

In Somuncurá Plateau are distinguish three areas. The board is called to what locals call "the plateau", the environment characterized as a plane located about 1050 meters above sea level, which contrasts with steep edges that hinder access to residents and visitors. And the other two spaces are the volcanic mountains, made up of a disparate group of hills that can reach 1,900 meters and the consumption of the plateau area, formed by the edges of the plateau that suffer erosion.

In its infinite extension, then variety of landscapes are found in the three areas, which include a large number of lakes, small streams, canyons and gorges, hanging fields, hills witnesses.

The plain is of volcanic origin where the lava from fissures emerged over long stretches and successive waves (basalt lava) formed the board. The mountains that break the horizon of the board, so are, although somewhat younger, the product of lava flows at certain points which broke the existing basalt layer, but traveling shorter distances, closed form. Wind erosion and water, is responsible for consuming the landscape of the plateau, where the edges may look like large rocks emerge slowly. 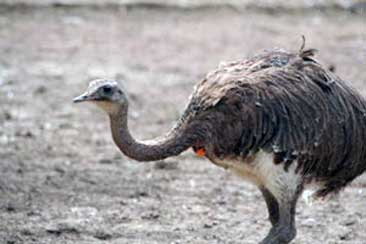 In the absence of weather stations on the board, there are no scientific data on the conditions that prevail there. In Los Menucos, nearby town the climate is "dry continental" prevailing westerly winds. Rainfall is scarce throughout the year (between 160 and 250 mm) and distributed throughout the year, without showing clearly a rainier season.

The environment of the plateau determines the flora and fauna found there even could be defined as a transition zone between the Patagonian steppe and mountain ecoregions. While there is significant diversity in the flora of the region, highlighting species of the genus Larrea (Jarillas), Prosopis (alpataco and Algarrobo), Chuquiraga (chilladoras) Prosopidastrum globosum (Leña de vaca), Mulinum spinosum (Neneo) and Adesmia campestris (Mamuel Choique) associated with drought-tolerant grasses of the genera Stipa, Poa and Festuca (Coirones), among others. According to studies, other data of interest is the existence of several endemic plant species (non-existent elsewhere in the world) as Grindelia pigmea, Senecio mustersii, Dentatus, Lecanophora ruiz-Leali, Grindelia coronensis, senecio chipauquilensis, Senecio ganganensis and Sisyriunchium somuncurense.

As for fauna, Somuncurá Plateau is considered an area of ​​outstanding biodiversity in the Patagonian steppe. There are endemic species of high conservation value, including the only native fish, naked minnow, and an amphibian, frog of Somuncurá. As the birds have now been compiled more than 70 species, founding ducks, vultures, martinetas, eagles, falcons and swans among others. Two of them are threatened the choique or ñandú petizo and southern flamenco. Among the mammals, the most important is the guanaco and there are also red and gray foxes, skunks, piches, mara and even a subspecies endemic to the plateau the chinchillón. Unfortunately, as with other representatives of the fauna, the number of mammals are threatened with extinction.

Because of the particularity of Somuncurá environment, the fragility of their environment and threats to its flora and fauna, including endemic is that in 1986 the province of Río Negro created the Protected Natural Area Somuncurá Plateau, approximately 3.5 million hectares. 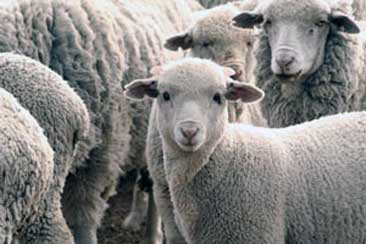 Previously, the town's population was nomadic, with the Northern Tehuelches who occupied the territory when the white man came. For some anthropologists, the Plateau was for them an essentially sacred, with only a transit route from north to south would have been the one used by the Swiss Claraz, the first white explorer to walk in these territories and F. P. Moreno.

Today, the population of the Plateau is located in small spots at the bottom of it and living on the board there is only one little town, El Caín. The rest of the rural population is scattered, finding the homes of residents around the lakes, whether temporary or permanent. The dominant economic activity is sheep farming.

Tourism is born today as a new activity, which met by a sustainable approach and executed by the inhabitants of the plateau is the best option for visitors to discover the world until now hidden of Somuncurá.

Somuncurá, land of mysteries and legends is the Infinite Plateau proposal to go for the challenge and rise to the mythical plateau with those who have travel through it a lifetime and know its secrets.

National Slab Stone Festival in Los Menucos The National Slab Stone Festival in Los Menucos makes honor to one of the engines of its economy and those involved in the slab stone mining.
Rural tourism in the South Line Very close to the plateau of Somoncurá there are farms where you can make rural tourism. Los Menucos offers different places to learn about the lifestyle of the region and enjoy nature.
Circuits to meet Somoncurá Plateau In Los Menucos there is a group of producers who are responsible for conducting tours to learn about the Plateau.
Guanaco wool The sale of guanaco wool as an alternative to the producers of Los Menucos.
See all Articles