The Wind Farm "Jorge Romanutti" is in the southwest of the town of Pico Truncado and it was reopened on March 5, 2001 after having been out of operation after the fall of one of the turbines.

The munipality of Pico Truncado started this project in 1995 with the aim of exploiting the potential of wind in the region and reducing its dependence on the Patagonian electrical system. In 2003 it began operating the two turbines that are in the park and they were able to supply 30% of the total power demanded by the city.

The wind speed in the area is 9.3 m/sec, making it feasible for the proper functioning of the park thus that wind power is obtained exploiting the kinetic energy of moving air masses. Patagonia is one of the best places in the world to tap this resource by the speed and constancy of the winds.

Since 1989 it has been developing wind energy projects in Patagonia with four turbines installed at Rìo Mayo.

Why a wind farm? 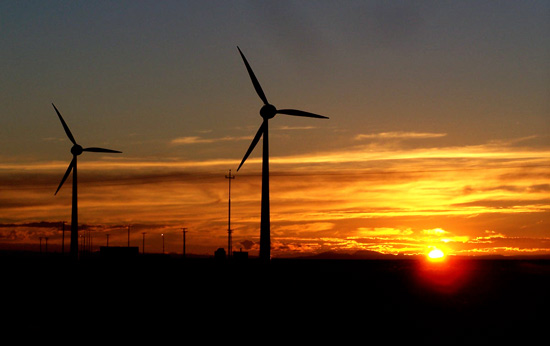