The southern city of Puerto Madryn makes an event where gastronomy and art are the main players, "Madryn al Plato," which takes place during the month of July. 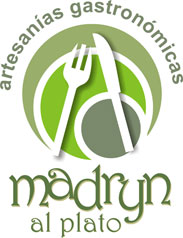 For the event there are are held workshops, lectures, tastings and exhibitions of works of art representative in the Municipal Museum of Art and restaurants attached.

The main objectives of this themed event are:

The event has had in its various editions the presence of special guests including patissier chef Osvaldo Gross and pastry chef Andrea Gonzalez, the chef Joan Coll, consultants Sergio Mazzitelli, Dora Videla and Alejandra Garcia Hauw, the National Network Coordinator Chefs from Argentina, and gourmet chef's advice of Rapretti Gustavo from Puerto Madryn.

Throughout the week which runs the competition it takes place a gastronomic circuit where local restaurants present their promotional dishes prepared from local products (fish, seafood and lamb).

The event is organized by the Municipal Secretary of Tourism and the Municipal Museum of Art, sponsored by AHRCOBA, UTHGRA, AAVYTPV, the Chamber of Commerce, AHT and many hotels, restaurants and local suppliers.

From July 25 to 30 will be held for the fourth consecutive year the event which features the cuisine. In "Madryn al Plato" it features regional cuisine and dishes made with local products such as fish, seafood and lamb.

This year it will feature the participation of renowned chef like Dolly Irigoyen, Tekehiro Ohno and Ezequiel Gallardo.

From July 2 it will be conducting the gastronomic circuit, where two national chefs will act as jury for the award of diplomas that will be the 25th. 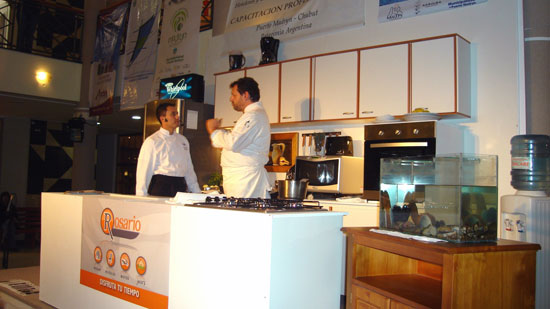 When the chef Kristoff Madryn dictated his class for the 2008 edition.
Share