When a tourist arrives at Villa Pehuenia the first thing recommended is to go to the Batea Mahuida. There it is a Snow Park which is in charge of the Puel Mapuche Community. 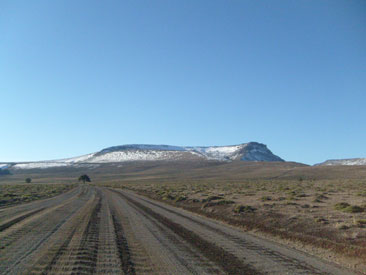 Located about 8 km from the center of Villa Pehuenia, the Snow Park is in operation since 2000 offering advice to tourists and a variety of activities to enjoy the snow, among which are: 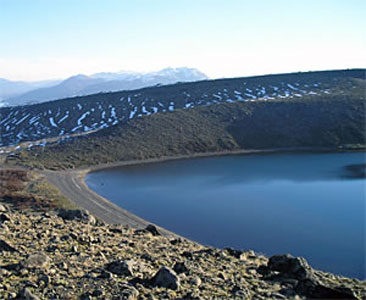 When scaling the side of the crater you have this view of the lake inside it.

Another alternative is to accept the proposals of the Puel who organizes recreational activities such as:

All, hilarious suggestions to enjoy in family. On the other hand there is another activity to schedule, the "Snow Festival" that is held in August.

Those who do not have ski equipment can rent it at the center, where there are instructors who teach ski and snowboard classes individually and/or group counseling for all ages. 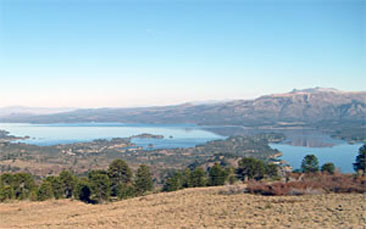 The shelter has a cafe for a break between ascents to the volcano and games in the snow.

The ski center has two slopes, each with its average elevation. The first is called "Monkol" and is 1700 meters above sea level with a T-Bar anchor of 700 meters in length, while the second track is called "Chankin" and lifting is an ointment or ski-lif of 150 meters for beginners.

With a height of 1900 meters above sea level, the Batea Mahuida offers extensive season beginning in June and ending in October.

There are two ways to get there:

Diving under the frozen lake ice in Villa Pehuenia In Villa Pehuenia you can experience a unique activity such as diving under the ice of the frozen lake in the middle of the winter.
Batea Mahuida Snow Park There is a snow park at the volcano Batea Mahuida ideal for skiing. It is run by the Mapuche Puel native community.
Villa Pehuenia: a picturesque tourist village Villa Pehuenia stretches along the coast of lake Aluminé and has superb affordable hotel offering and restaurants and cafes for all tastes.
A weekend on the araucaria route To enjoy the pehuén in all its splendor you must travel a triangular circuit form from Primeros Pinos to Villa Pehuenia and back.
Walking excursions through Moquehue Moquehue is a mountainous area surrounded by landscapes covered with pehuenes. In the main valley is the lake of the same name that is ideal for fishing.
Patagonian Chef Festival 1Villa Pehuenia is the host of Patagonian Chef Festival which brings together producers and wineries exhibitions from the region and the province to showcase them to the community and all visitors attending.
See all Articles