The museum was founded on December 17, 1949 by Manuel José Félix Arenaza, a teacher in the city, thanks to the efforts of neighbors and their insistence to gather in a space for history of the place.

Soon the museum had more than 300 pieces donated by local residents, who mounted the first exhibition at the Popular Library Julio Argentino Roca. The library housed the museum in its early years, then transferred to a building on the 25 de MAyo Street and during the years of military dictatorship was transferred several more. Then, for many years remained in the old city hall on España street 1650 and in 2010 moved to its permanent location at the corner of Artigas and Buenos Aires.

They saved a piece of the history of the city and surrounding villages as well, such as clothing for the desert expeditionary campaigns, tools and utensils of the aborigines who inhabited these lands, the first radios that were in the region and a host of farm machinery and labor that make the production history of the place. The work of collecting, preserving and promoting the heritage that identifies the city of Roca does not stop. 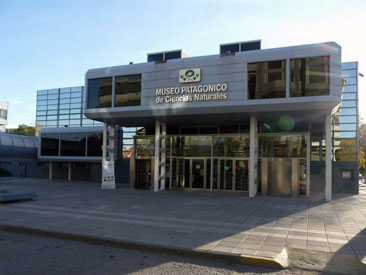 The museum has several rooms with names and materials relating to the different moments of history. The room "First Settlers" houses elements of the cultures Tehuelche and Mapuche. The room "Encounter of Two Worlds" tells the story of the amalgamation between the white man and Indian. "Campaign of General Roca" shows photos, clothing, letters, weapons and all the memories of that time and "Roca of Yesteryear" brings together objects donated by the first inhabitants of the city.

The museum gives institutional support to research activities, dissemination, awareness and conservation of natural and cultural heritage of the region. It is located on Avenida Roca 1250, diagonally to the monument to the apple, and has as main objective to consolidate the museum as a dynamic center where you can meet, study, research and spend time at their facilities.

This museum was established on September 30, 1983 by Municipal Resolution No. 1301 and opened on November 8 of that year in the building at street corner Sarmiento and Villegas, and in 2009 moved to 25 de Mayo and Kennedy. Its first director was the sculptor Rafael Roca and has since developed an uninterrupted work.

The museum's collection, adding the assets of the Association of Friends in permanent deposit-reach 200 works including paintings, prints, drawings, sculptures and objects of recognized regional and national authors, with pieces of very high value as the "La montaña roja" by Luis Felipe Noé, "Ocre en Piriapolis" by Leopoldo Torres Agüero, "Punto de vista sobre una manzana" by Jack Vanarsky and the sculpture "Madre" of Antonio Sibellino. A set of works which are the pride of the city.

With love and professionals who work in collaboration with the Municipal Art Museum Juan Sanchez trying to project to Patagonia and the country dreaming of a modern institution that meets museum standards in terms of training, study, preservation and exhibition of Collection.

National Apple Festival 2Each february General Roca lives a new edition of the already famous National Apple Festival.
The irrigation channel and its parks The secondary irrigation canal runs through the center of General Roca, and the squares on its banks are the perfect site for hiking, hanging out with friends or just having a moment of relaxation.
Vuelta de la Manzana Rally "Vuelta de la Manzana" Rally is organize every year by the Drivers Association of General Roca (AVGR). Is one of the most important automotive events in Patagonia and in Argentina.
Through the Negro River shores Throughout the coastal area of ​​Negro River there are places of great beauty for camping, water sports, fishing or recreation
Ninquihue Social Project for the children of the streets Project Ninquihue of General Roca is a project for the kids in the street. It tries to give them containment and a new way of living. In this project many institutions of the city and province join efforts.
Paragliding in General Roca, a look from the sky 3There are several people who practice paragliding in the hills near General Roca. Also you can take courses.
Night trekking: walking by the light of the moon in General Roca 3The night trekking in General Roca takes place once a month, when the moon is full, and is part of the "adventure ecotourism" project, offered by the city.
Casa de Piedra: a weekend option from General Roca The reservoir Casa de Piedra is located on the border between the provinces of La Pampa and Río Negro, along the Colorado River and 110 kilometers from General Roca. Ideal for a weekend of resting.
The apple route A tourist circuit to learn about fruit production, the colorful surroundings of General Roca and its history through visits to barns, farms, wineries, museums and monuments.
Patagonian Museum of Natural Science The Patagonian Museum of Natural Science in General Roca is a place where you can learn about the dinosaurs of Patagonia.
See all Articles