So many times compared to the Phoenix, in the history of Llao-Llao Hotel it is combined the pioneering force of the brothers Bustillo with its magnificent architecture and breathtaking beauty of a unique environment.

It was 1935 when Exequiel Bustillo decided to build a large hotel in Bariloche to attract high income tourists to the newly Nahuel Huapi National Park. Housed in a dream place, this beautiful work of architecture was designed by the talented architect Alejandro Bustillo, creator of other important nationally works like the Rambla, the provincial Hotel and the Casino of Mar del Plata. His project was chosen by competition to have the architectural style that best suited the characteristics of the region, and not, as many thought, because of their kinship with the first chairman of the National Parks. 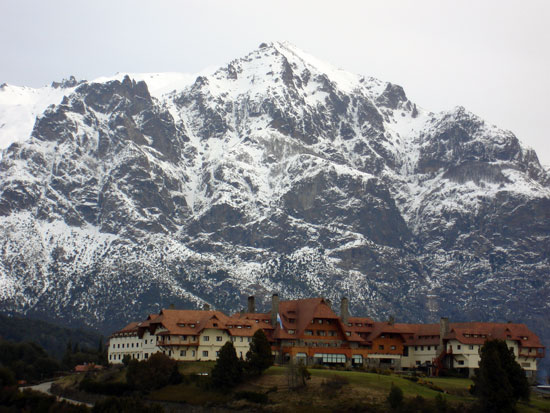 
In 1936 work began. It had to been toppled over five thousand trees for this construction, creating a strong environmental impact in a wooded area, which would soon be known worldwide for its green meadows. Thus was born the Llao-Llao, which owes its name to a known fungus that grows in the ñire and coihue, two trees in the area. Built entirely of wood and stone, with larch shingles on their roofs, the first hotel also had telegraph, mail, a branch of the National Bank, pharmacy and a golf course nearby, designed by Alberto Del Solar Dorrego. The exceptional views of the environment would be maximized through balconies, terraces and windows and by which ones you can appreciate the wonderful nature that fills the surrounding area.

On the night of December 31, 1938 the first social dance in their classrooms took place, that "bright contours overlaid" by the newspapers of the time. But it was officially opened on 8 January. Commercial operation was entrusted to the Plaza Hotel of Buenos Aires, regarded then as the best in the country, and thanked to the accurate management of this company, the hotel was considered the most prestigious society in Argentina very soon. Entire families travelled with nannies and drivers to stay for long periods. The hotel also had areas of service, connecting rooms and a lively social and cultural.

But despite the hopeful visions of Bustillo, the Llao-Llao was marked by tragedy. On October 29, 1939, a devastating fire completely destroyed the hotel. Manuel Mujica Lainez described in the newspaper "La Nacion" the incident with the prospect of a "national mourning" and wrote: "Initial reports are trying in vain to convince us of the long galleries of logs, lounges rustic and yet so darkly sumptuous, nothing left "... 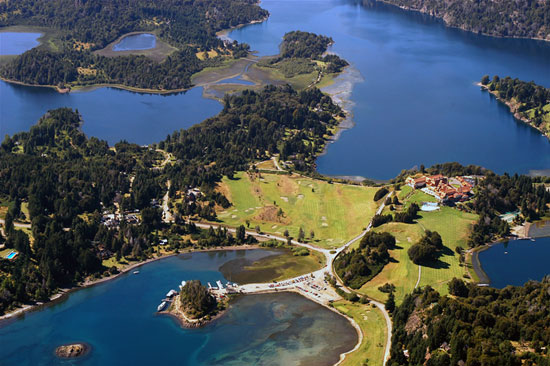 
The hotel's disappearance was a big blow for Bustillo, but not enough to subdue their strength, though they immediately started its rebuilding with more momentum than ever. A year later, on December 15, 1940, in a truly record time, like a phoenix that rises from the ashes, the Llao-Llao opened its doors again. The outbreak of war in Europe facilitated the arrival of international increasingly elite tourism, who found solace in this paradise. Important national and foreign personalities stayed in the hotel's rooms to enjoy the majesty of its surroundings.

Despite its golden ages the hotel was ordered to drop by more than a decade. After various ups and downs in its privatization, since 1979 the hotel was closed. Six years later, appeared in scene the Club Med that was just a "failed attempt" to revive the sleeping giant, as the inexorable passage of time left his footprint in its classrooms and weeds took possession of its parks and gardens. The Llao-Llao was no longer the same. The light had been turned off and mute its music to open the door to the deterioration and oblivion.

Just in 1991 the hotel was privatized again. The company that won the bid was Llao-Llao Holding who carried out a renovation, respecting the original project of Bustillo and taking into account the architectural and landscape value. On July 3, 1993 it opened under the name "Llao Llao Hotel & Resort". Today the hotel is in charge of the company IRSA. Inc. and offers many services and activities. It has a heated pool and spa, a golf course with 18 holes, the Nahuelito Club, a game room for kids, a TV room, a business center with computers, bicycles, archery, tango lessons, salsa, yoga and hiking. Moreover, in their classrooms are organized international conferences and major events like the Llao-Llao Musical Week, that organized excellent concerts for lovers of good music.