Activities to do in Bariloche See map

San Carlos de Bariloche is located on the southern shore of Lake Nahuel Huapi, surrounded by the beautiful national park of the same name, 770 meters above sea level.

The space is divided by the typical steppe landscape in the east and rainforest in the Andes that emerges majestically over the west.

Counting on a wide range of offerings and services, the city receives more than 800,000 passengers annually, transforming tourism in the main local economic activity. It is also an important center for scientific and technological development nationally and internationally. 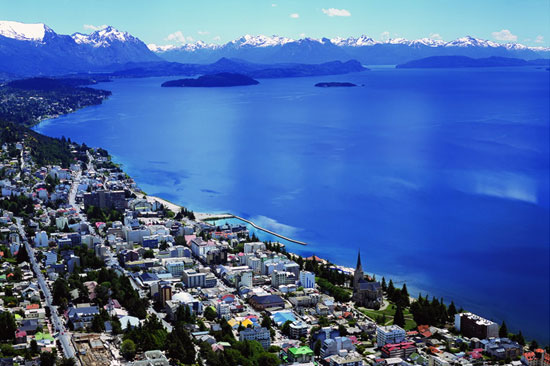 The climate belongs to continental cold dry season. Temperatures and rainfall are not uniform in the area occupied by the National Park. An important variation in rainfall is produced from west to east, between the border with Chile and the Limay River, respectively. For its part, the temperature decreases sharply from the lower slopes to the summit of the hills. These climatic variations in addition to differences in soil geomorphology relief and result in significant changes in vegetation and fauna.

In summer the days are warm and sunny with cool nights, low rainfall and prevailing winds from the southwest. The average temperature is 18°C, with highs of 29°C and lows of 9°C.

In autumn, the days are cool-temperate with cold nights. The temperature ranges between 4°C and 13°C, and the time is dominated by rain.

In winter the days are too cold with abundant snows. Temperatures range between 8°C and -10°C.

In spring there are fresh days that begin to lengthen and temperatures rise slowly, slowly decreasing the rainfall. The nights are cold, keeping daytime temperatures ranging between 7°C and 20°C by the end of the season.

View of the Balseiro Institute in winter.

If you do a tour by the civic center of the city you can visit:

Other destinations that can be taken from Bariloche are Tronador, Otto, Leones and Viejo Hills, Tren Histórico Steam, Victoria Island, Blest Port and Los Cántaros waterfall, and finally, the international crossing lakes Andean.