As usual, it takes place in San Carlos de Bariloche the Dos Cerros Challenge that drew nearly a hundred runners to win the two most emblematic mountains of the city: the Otto and the Catedral.

The event became one of the most important skills in Patagonian Mountain Bike.

Since 1997 it has been doing in this mountainous town the Dos Cerros Challenge, an event which tests dozens of competitors eager to demonstrate their skills in the discipline of Mountain Bike.

The competition begins with a symbolic start in the civic center to begin the competition in which participants must climb the Cerro Otto to achieve the first conquest of the day.

Then, athletes should drop the Otto to continue the journey to get to the ski resort of Cerro Catedral where they ascend through the Balcón del Gutierrez to Catalina Reynal park where the arrival is. 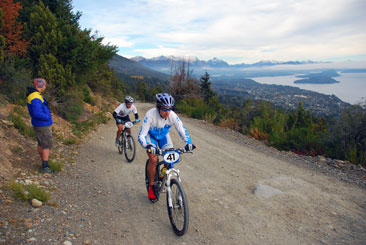 Here you can look at competitors in full ascent of Cerro Catedral.

The entire circuit consists of an approximate distance of 50 km with a cumulative altitude of 1250 meters, while the reduced travel is based on reducing the travel distance greater using much of the same, based in Villa Los Coihues and arriving at the same point.

The participant categories in the competition are divided according to the course they do:

- For the full tour: 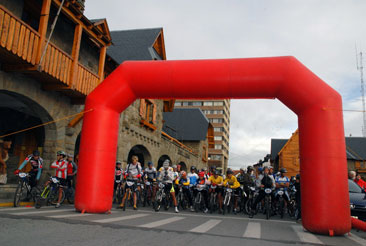 The symbolic start was held in the Civic Center of the city with an important key.

- And for the small tour:

The organization of the event provides a check for 1000 dollars to the first of each category and cash up to the fifth. Besides, there are drawings gifts provided by sponsors between the public.