It is a journey of 88 kilometers of flat plateau to the north of Puerto Deseado. And then, suddenly, after doing that course, a striking red brick lighthouse stands on a rocky mass. Approaching it you can see down sea lions of two hairs swarming among rocky islets off the coast. Yes, the place is Cabo Blanco, the site of one of the surviving populations of sea lions in Patagonia and Argentina. 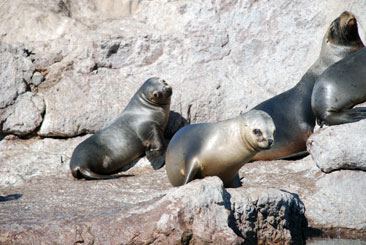 The seal lions of two hairs on rocky islets between the coasts. Photo courtesy of Department of Tourism of Puerto Deseado.

The sea lions seem to be under the lighthouse protection, are free and under the watchful protection of a park ranger. But in the eighteenth and nineteenth century it was not equal. They were hunted relentlessly by people seeking their precious skin. That was until 1937, when the national government decided to protect these animals and ordered to Cabo Blanco a Intangible Nature Reserve. From there, sea lions of two hairs or fur seals, as they are commonly called, resumed a slow recovery, but it continues.

Although the star is the fur seal, other species accompany him in Cabo Blanco. You can see sea lions (Otaria flavescens), several nests of gray cormorants, of black neck and cormoran rookery of imperial cormorants.

Access from Puerto Deseado is done by taking National Route 281. Later take a right onto Provincial Route 14 and then Provintial Route 91. 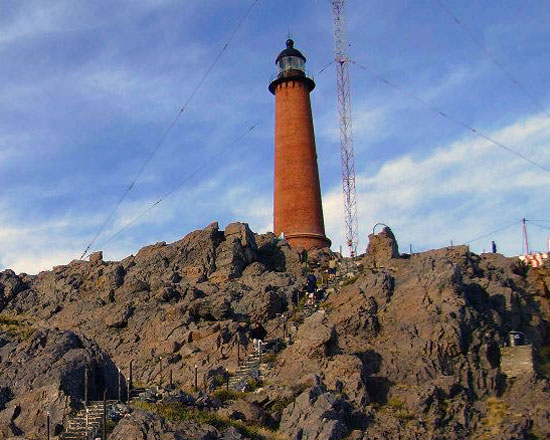