The historic wagon of Puerto Deseado is located at the corner of San Martin and Admiral Brown and is visited by each tourists passing through town.

Reserved Car 502, according to its legal name, but better known as the "Historic Wagon" is a vehicle built in the Lancaster factory in England in 1898. Itself gave its first service in the legendary Andino Railway, the first railway line in Mendoza and San Juan, responding to the need to unite the provinces of Cuyo with the ports along the coast. 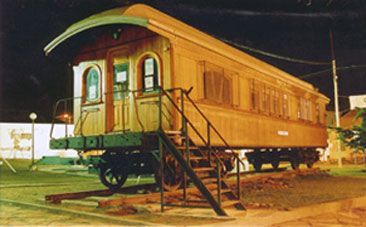 In 1980 a group of people formed an association to recover the car.

The wagon, which is Provincial Historic Monument under the Act 1373 in 1980, was used between 1909 and 1978 in the path of the line Las Heras-Puerto Deseado and starred in military operations prompted by strikes by rural workers in 1920-1921 that were titled as "Patagonia Rebelde". So years later, in 1974 it took part in the film that recovers these facts.

Over time, as was the case with other lines in the country, this route was closed but the car was auctioned and was in the hands of the people of Puerto Deseado, thanks to a popular mobilization. And from that moment it is in the current location refurbished and fitted out as a historical, culture and tourism monument. 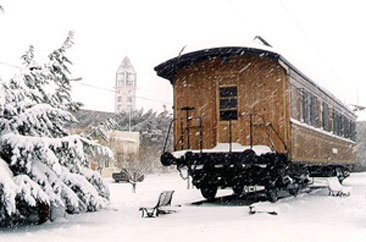 The car was retrofitted with glass, paint and electrical energy.

Given the importance of local level that possesses the wagon, when it turned 110 years since its inception in December 2008, it was organized a week of activities to honor him. Literary sessions and artistic performances were conducted, photographs with vintage clothing in the car were taken, a radio program was broadcast live from the car reserved for the radio AM 740, dedicated to the history of the car with testimonies of some characters in the city.

For more information on the Municipal Department of Tourism.