Bariloche, a city with natural beauty and many cultures See map

Only in a few places in the world, the four seasons are so marked by colors as in Bariloche, located at the foot of the Patagonian Andes. 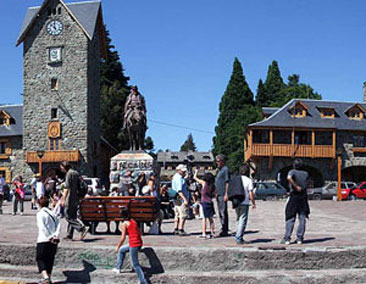 The civic center: the typical postcard of Bariloche.

In summer, the blue of Lake Nahuel Huapi, the wide range of forest green and tone multicolored wildflowers glisten in the hot afternoons.

When autumn arrives, however, poplars acquire  shade the sun, and red lengas mingle with the rich colors of indigenous trees. And in winter, white displays his immense power and the silent snow transforms the landscape. At the approach of spring, red tulips and yellow broom announce the arrival of all the flowers with their symphony of smells that invade the roadss.

But Bariloche is not only a source of panoramic views and a constant encounter with the natural beauty, it is also a melting pot of races and cultures. Interestingly even in its name combines the influence of the indigenous communities and the German. The first settlers were the Mapuche Nasario Lefipán and his wife, who operated in 1895 a general store called The German Carlos Wiederhold where the Civic Center is now located. They say that an error in the correspondence of the German merchant someone instead of "Don Carlos" wrote San Carlos. Bariloche comes from the word Vuriloche, designation of one of the indigenous communities of this area.

At first this was a region devoted to farming until it began to be visited by tourists attracted by its scenery and skiing, changing the course of economic development around the village. Back when the city was not as great as it is now, Mitre Street was a dirt road and you could ski down from Cerro Otto into town. Most current residents are descendants of foreign settlers from different places, Swiss, Germans, Austrians, Italians and others who came from Europe to settle in these lands. And here they brought  their practices and created the products that characterize the region.

Such is the case of Goye who came from Switzerland and settled on the shores of Lake Moreno forming the "Argentina Swiss Colony." And among the many Germans who came, also came some Nazis who changed identities to silence their past. They lived for years, until they were discovered. Already in the book "The Painter of Switzerland Argentina" on the painter Tom Maes, author Esteban Buch, provides clues that reveal the presence of Nazis in the city. 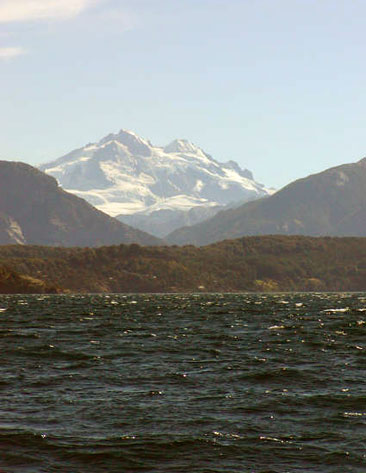 But undoubtedly the most significant case was that of Eric Priebke, discovered by the BBC in 1994. The reaction of part of Bariloche's society that favored the "good neighbor" of the German colony, resulted in Bariloche being considered  pro-Nazi. An image that was created from the attitude of a minority but nonetheless served to show the fragility of a society when it is divided.

Tourism as an economic engine

Currently, Bariloche is a bustling city of 110 thousand people, of incredible natural beauty, obsessive conservatism and respect for one of the most important tourist centers in the Republic of Argentina, visited by domestic and foreign travelers.

Its economy is primarily tourism and all activities arising from it, for example, the manufacture of fine chocolates that are sold worldwide and act as a hallmark of this city, and the renowned International Ski Center Cerro Cathedral.

As shown, Bariloche has become one of the main cities of Patagonia, but still retains the idiosyncrasies of a mountain village. In its streetsyou  can breathe fresh air and see lake  from anywhere in the city. Walking along the paths of the forests is a wonderful experience to be in harmony with nature, away from stress and pollution of big cities.