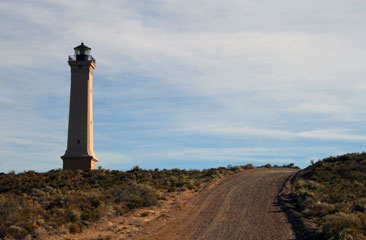 The city is located 45 ° 47 'south latitude and 67 ° 30' west longitude at an altitude of 61 meters above sea level in the middle of the Golfo San Jorge. Located on the lower level between Pampa Salamanca to the north, Pampa del Castillo to the west and Meseta Espinosa to the south.

The city has an area of ​​548.2 km2, with an area of ​​coastline about 36 km. Comodoro Rivadavia is the head of the department Escalante, province of Chubut, Patagonia Tourist Central.

Comodoro Rivadavia is located in central San Jorge Basin, which corresponds to an area of ​​deposition. The reconstruction of its geological history is given by successive stages of sedimentary

1st- marine deposition stage, that corresponds to the formation Salamanca, made up of white tuff with abundant marine fossils. This unit outcrops in the northern sector of the city, giving a particular morphology of land without vegetation, gullies, steep slopes product of erosion from rainfall and wind.

1st - continental deposition stage evidenced by deposition of gray tufa formation Sarmiento. Also exposed in the north of our city.

2nd- Stage of marine deposition, documented by the formation of Patagonia. Here you can distinguish two sub-stages, a first of transgression, the redeposition of the tuff formation Sarmiento, cemented by calcareous and abundant fossils in strata that emphasize hard expansive, with large volumetric variations in presence of water.

2nd- Stage of continental deposition, corresponding to a reservoir called Patagonian Rodados which cover almost the entire plateau, especially in the highlands. In deprived areas there are deposits silt - sand of aeolian origin, which constitute the topsoil. 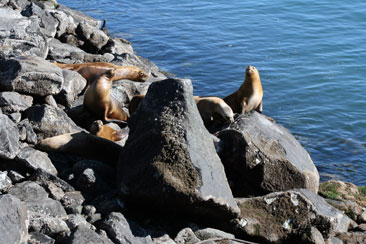 The wildlife of Patagonia Argentina is rich because of the large number of species that live in it. This zoological diversity consisting of land and sea specimens attract not only tourists attention but also scientific.

Within this source of wildlife found some land specimens, common in much of Argentina's geography, as well as guanacos, foxes, skunks, rabbits. Species whose habitat is developed in the maritime environment, in most cases, are specific to Patagonia, so we find a various birds like herons, gulls, albatrosses and other species of penguins, while the rest of the constituent marine animals like sea lions, dolphins, and more.

The vegetation in this region is xerophytic type composed mostly of shrubs, low size, such as neneo, Zampa, coirón huecú, molle, Malaspina, botón de oro, and more. These species have shown a high degree of adaptability to climatic conditions and forms of leaves are generally tough, thorny and long roots that enable it to reach soil moisture.

Characterized by the presence of three factors: sand, wind and vegetation. Plants play an important role in the formation of dunes, because they slow wind, trap and stabilize the sand in motion.

The type of vegetation is Psamophylla, adapted to the environment inhospitable, consisting of a mobile substrate, an absence of soil wetting by splashing waves and a constant bombardment of sand.

The most important vegetation types are:

Report produced by the Office for Tourism Municipality of Comodoro Rivadavia