Since 1970 Puerto Deseado marks the Shark Fishing Competition within the Ria Deseado, organized by the Fishing Club "Piedra Toba" and the local municipality. Usually in the month of February. 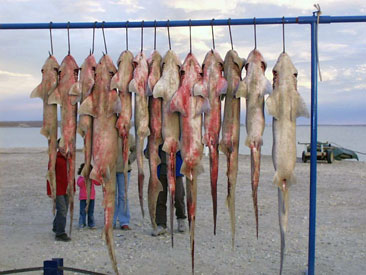 The Leopard Shark is the only one allowed for fishing.

The area where the competition takes place is mostly characteristic of high and rocky cliffs so it is recommended to move carefully and have safety features such as jackets and ropes.

There are two categories in which participants can enroll in pairs: From coast and Wharves.

The From Coast category (zone A) covers the coastline understood from the Caleta Zar (Bay Uruguay) to the beach known as "Laguna Seca". There each pair of fishing can not be separated and must maintain a distance of 10 meters with the other couples. 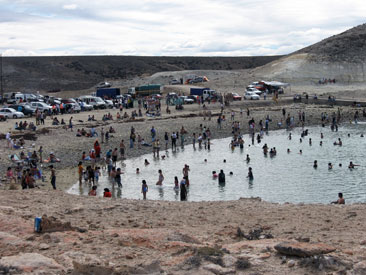 For weighing the pieces are only valid parts removed in category "Leopard Shark" from the 20 kilograms, with a margin of 2 kg. To determine the winning team in each category are added the top three weighings obtained throughout the competition. It is also awarded the largest piece weighing the entire tournament. 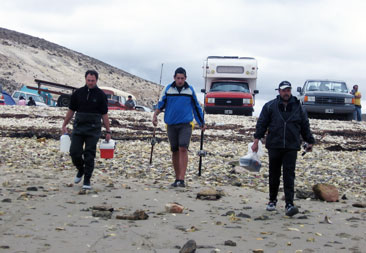 Competitors prepare for the fishing day.

After the contest, each product obtained by the candidates can be carried by them or transferred to the Research Center of Puerto Deseado for the study of the species.

The prohibitions of the Competition are: