Whales are a must if you are in Chubut See map

Each year in late May or early June starts the Whale season in Peninsula Valdes. The world prepares for this event and the Directorate of Tourism of the province of Chubut was provided by the Whale vigil service online, an option to view live the arrival of these mammals. 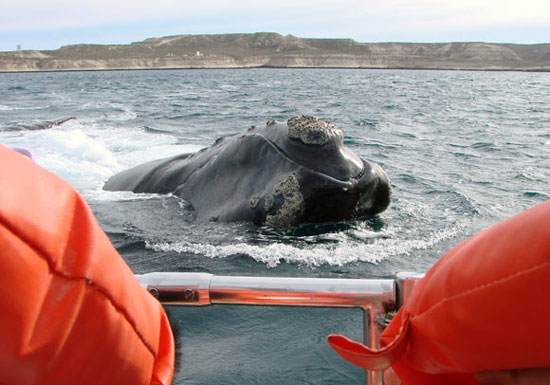 Whales can be seen very closely.

In the Peninsula Valdes you can see hundreds of southern right whales sightings in boats or from the coast, such as on the beach El Doradillo located 14 km from Puerto Madryn.

Both mountains and on the coast of the province, winter tourism activity is varied. The coast of Chubut, also available in the port of Rawson, capital of the province of Chubut, sightings of dolphins and a wide range of cuisine in highlighting the seafood dishes. At only 17 km can be accessed to Trelew, where is the Egidio Feruglio Museum, one of the most important museums in Latin America that has geological and paleontological history of Patagonia.

For those who prefer to relax in contact with nature, 17 km from Trelew lies Gaiman, a picturesque city with a very particular appeal because it is the only place where Welsh culture is preserved at its best. Since its construction at the time of the settlers who remain in good condition to its traditional Welsh tea, black cake and other delicacies. The unique possibility to enjoy these contents, a table of spectacular beauty where no choice but to revel in harmony and tranquility.

Whale watching in Puerto Pirámides 4As every year, the Southern Right Whale approaches the coast of Puerto Pirámides to mate and raise their calves. Enjoy this unique show by doing the traditional watching activities.
See all Articles