In 2000, in the north of Tierra del Fuego, the Cuenca Marina Austral Consortium I (consisting of firms Total Austral, Wintershall and Pan American Energy) officially opened a plant extraction of liquefied petroleum gas (LPG) in the area of Alfa Canyon, plant that also processes the residual gas by putting it in condition to be transported northward through the General San Martín pipeline. LPG is derived to a Chilean land pipeline which, incidentally, built the National Petroleum Company (ENAP of Chile), for fractionation and transfer by boat to the consumption centers. In an exclusive visit, this reporter was able to tour the facilities of Alfa Canyon with Sergio Mejica, one of the engineers responsible for the plant.

Away from the usual paths and erect in the middle of the steppe, processinggas and oil plants in the north of the island of Tierra del Fuego represent a total mystery to the ordinary Fuegian resident.

Vague notions of existing fields and only an idea of ​​the task being performed from the resource, and some contact -usually indirect- with the few men who work there, is the ultimate relationship that was established between the average citizen of the island and this industry, although it is one of the largest in the region, leaving the money in royalties as its potential in the short, medium and long term.

Yesterday it was an oil field, now a modern LPG plant

The establishment of Alfa Canyon was established in the early 70s. First was an oil field, then gas was found and almost from the time of the finding it has been dedicated exclusively to that production, although in a much smaller scale than today. Since 1990, the firm Total Austral took over the operation of the plant, production volumes have grown at a steady pace but constantly -to the point of having multiplicated per eight- and it also managed to build valuable updates in technology.

In fact, there now stands a new extraction plant of liquefied petroleum gas (LPG), based on the system of separation of liquids by turboexpantion thermal process. Until 1999, only Alfa Canyon was possible to process the natural gas to put in a position to transport and inject it into the national gas pipeline General San Martín, one of the main channel that carries energy from Tierra del Fuego to the north. Today, moreover, liquefied gas is exported to Chile.

Heading for the great centers of consumption

The eight million cubic meters of natural gas per day currently being processed in this plant are equivalent to 6 percent of production across the country, so that Alfa Canyon is not possible to never stop the process, so that it is continued and the level of this vital supply do not go down. Not being a negligible percentage, any change is felt. 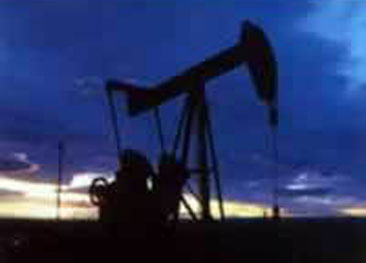 In this sense, Argentina is a country whose operation, whether it's in large industries and in homes, depends largely on the use of natural gas, and this is made possible by the enormous interconnection network (with pipelines), which is one of the largest in the world.

Until last year, the natural gas processing involves removing fluids, water and dust from Alfa Canyon only, as all condensable elements, so that upgrading it would not create difficulties in transportation. However, thanks to an agreement with ENAP (Empresa Nacional del Petroleo, Chile), the Cuenca Marina Austral Consotrium I face the development of the new plant, built to the latest technology applied to the extraction of LPG.

The so-called "liquefied petroleum gas" is actually a mixture mainly of propane and butane, both easily condensable gases, far more malleable than natural gas and because of that feature, it is capable of being stored and distributed in containers specially adapted for such use, from small bottles to large ships.

Power dip of the LPG- and, above all, being able to distribute it through a pipeline that exists in Chile-, is the alternative to jump imposed operational constraints made by the transport capacity of the San Martín pipeline.

On the other hand, extraction of LPG increases the added value of gas production, if available, as in this case with markets to supply. In Chile and Brazil, for example, which is where the production of Alfa Canyon is directed, mostly (and unlike Argentina) liquefied gas is used: split comes on board ships and, after re-gasified, it is put it in local networks that will feed the large consumption centers.

Another possibility, which is practiced in Punta Arenas with LPG from Alfa Canyon, is to separate propane from butane, retaining the first for Chilean domestic consumption and repackaging butane for sale in Brazil, where it is preferred for performance reasons related to the warmer temperature.

The availability of LPG is, as you can see, very different from natural gas, whose only possible destination, after move the barrel by the pipeline is surface and burn in a stove. The liquefied gas, however, is a "currency" that, from inside a bottle or in the bowels of a ship, it can expect to reach ultimate destination, where it can be sold at a higher price.

In the city of Buenos Aires it is directly consumed approximately the same amount of natural gas which the plant Alfa Canyon produces today, that is, eight million cubic meters. In 1990, this facility generated just two million a day and over the past decade, reached today, eight times a millionaire. However, there is the possibility of generating much more because there are important gas reserves in Tierra del Fuego that allos supply commitments to be establish at least twenty years, with much higher production.

In Alfa Canyon flow is regulated by opening and closing of wells, a mechanism that is defined according to the daily order made by gas distribution companies. For now, plus the ability of the pipeline, is that consumption demand foreseen what determines its production, and in no way there are the existing stocks. Quite the contrary, now would be possible to extract up to 15 million cubic meters per day, of the 70 producing wells available to the Consortium. However, today it is more than enough work with half of these wells to meet demand, although the plant is ready to process 16 million m3 ... provided that in the fields there is enough pressure.

In this sense, the next improvement in the plant will be the implementation of higher compression capability, which will lead to a winter peak of 12 million cubic meters (then yes, equivalent to 10% of the total national production).

The gas is coming out of the wells at an average pressure -fairly typical in operated sites- between 35 to 40 atmospheres, however, to enter the San Martín pipeline is required to be at 70 atmospheres, so that the plant must not only increase the pressure to condition it or, what is it, compress it.

Chubut's history Chubut is one of the most important Welsh colonies in the country. Its members came to this land long before the Spanish and Italians and established ties of solidarity with the local natives, the Indians tehuelches. Gaiman and Trevelin are the most strongly conserved Welsh traditions.
The italian and spanish inmigration in Chubut The province of Chubut was originally colonized by Welsh, but also, and like the rest of Patagonia, had a large influx of Spanish and Italian in the late nineteenth century.
The economy in the province of Chubut Chubut has one of the most important destinations in Patagonia: the Valdes Peninsula, that together with the mountanious offer builds its tourist industry. However, its economy is composed of a variety of activities: agricultural, industrial fishing, petroleum, livestock, forestry and various activities.
Short Patagonian history Short history of Patagonia. Old settlers, social relationships of domination and the formation of national territories that gave rise to the different provinces.
Neuquén: population growth and collective identity The identity of the inhabitants of Neuquén is rooted in history and is presented as an inevitable factor for the technicians who developed the Draft Neuquén 2020, who say: "greater identity to further globalization".
Two hundred years of the birth of Charles Darwin On February 12, 2009 it were completed 200 years after the birth of Charles Darwin, a researcher who traveled the world and spent many years in Patagonia, where he discovered and knew what would later help him formulate his theories.
Society, geography and economics Its geographical location, population and thriving economy based on industrial activity are some of the pillars of the province of Tierra del Fuego, the southernmost of the country and the world.
The Aboriginals and the first Europeans in the Patagonia Several attempts at colonization passed through the province of Tierra del Fuego, the youngest of our country. Its ancient inhabitants were the Onas and Yamana aborignals and centuries after the Spanish settled.
Tierra del Fuego: land of extremes Tierra del Fuego is a land of extremes because as well as being located in the "end of the world" and have little communication with the environment, the cold and rain in winter make the weather extreme also.
Location and climate The Bigger Island of Tierra del Fuego has different characteristics in its climate, landform and vegetation that can divide into three ecological zones: Magellan steppe, ecotone and mountain ranges.
See all Articles